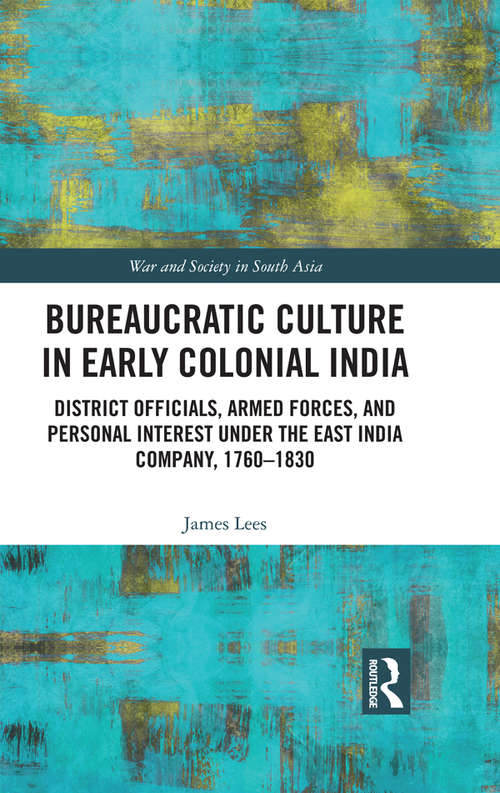 This book looks at how the fledgling British East India Company state of the 1760s developed into the mature Anglo-Indian empire of the 19th century. It investigates the bureaucratic culture of early Company administrators, primarily at the district level, and the influence of that culture on the nature and scope of colonial government in India. Drawing on a host of archival material and secondary sources, James Lees details the power relationship between local officials and their superiors at Fort William in Calcutta, and examines the wider implications of that relationship for Indian society.

The book brings to the fore the manner in which the Company’s roots in India were established despite its limited military resources and lack of governmental experience. It underlines how the early colonial polity was shaped by European administrators’ attitudes towards personal and corporate reputation, financial gain, and military governance.

A thoughtful intervention in understanding the impact of the Company’s government on Indian society, this volume will be of interest to researchers working within South Asian studies, British studies, administrative history, military history, and the history of colonialism.

Copyright:
2020 James Lees. The right of James Lees to be identified as author of this work has been asserted by him in accordance with sections