The Bureau and the Mole 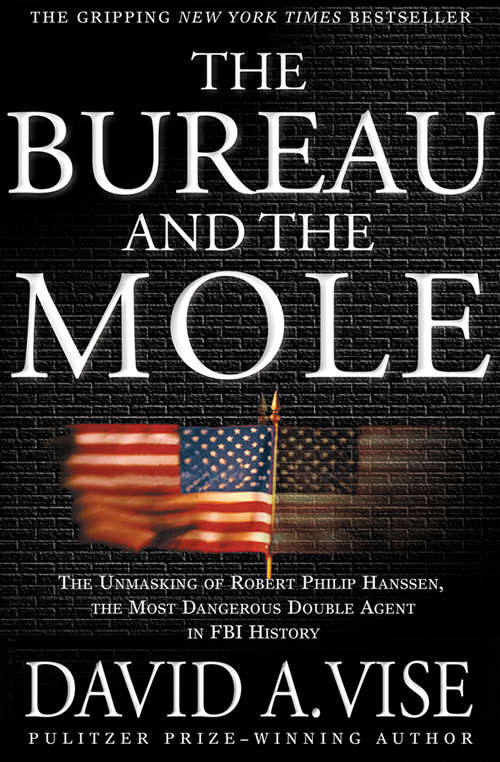 Called "a first-rate spy story" (Entertainment Weekly), The Bureau and the Mole is the sensational New York Times best-seller that tells the inside story of FBI counterintelligence agent Robert Philip Hanssen, a seemingly all-American boy who would become the perfect traitor, jeopardizing America's national security for over twenty years by selling top-secret information to the Russians. Drawing from a wide variety of sources in the FBI, the Justice Department, the White House, and the intelligence community, Pulitzer Prize-winning author David A. Vise tells the story of how Hanssen employed the very sources and methods his own nation had entrusted to him in a devious game of deceit — simply because he had something to prove. Vise also interweaves the narrative of how FBI director Louis B. Freeh led the government's desperate search for its betrayer among its own ranks, from the false leads, to the near misses, to its ultimate, shocking conclusion. Fascinating, gripping, and provocative, The Bureau and the Mole is a harrowing tale of how one man's treachery rocked a fraternity built on fidelity, bravery, and integrity — and how the dedicated perseverance of another brought him to justice. "Absorbing ... Vise's account of Mr. Hanssen's road to becoming a double agent is fascinating." — Michiko Kakutani, The New York Times "Brisk, well documented ... a penetrating study of the villain and a gripping summary of the appalling evidence against him." — Charles McCarry, The Wall Street Journal "A carefully researched and compelling account, with a startling bombshell." — David W. Marston, The Baltimore Sun "Intelligent and well researched." — Allen Weinstein, The Washington Post Book World