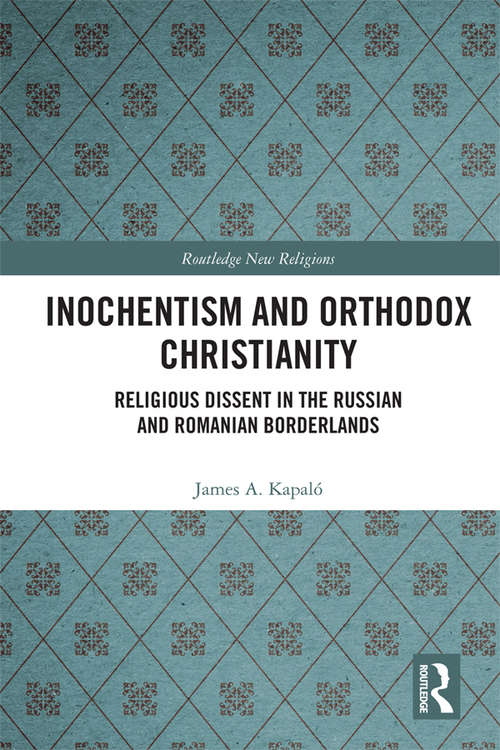 This book explores the history and evolution of Inochentism, a controversial new religious movement that emerged in the Russian and Romanian borderlands of what is now Moldova and Ukraine in the context of the Russian revolutionary period. It centres around the charismatic preaching of Inochentie, a monk of the Orthodox Church, who inspired an apocalyptic movement that was soon labelled heretical by the Orthodox Church and persecuted as socially and politically subversive by Soviet and Romanian state authorities.

Inochentism and Orthodox Christianity charts the emergence and development of Inochentism through the twentieth century based on hagiographies, oral testimonies, press reports, state legislation and a wealth of previously unstudied police and secret police archival material. Focusing on the role that religious persecution and social marginalization played in the transformation of this understudied and much vilified group, the author explores a series of counter-narratives that challenge the mainstream historiography of the movement and highlight the significance of the concept of ‘liminality’ in relation to the study of new religious movements and Orthodoxy.

This book constitutes a systematic historical study of an Eastern European ‘home-grown’ religious movement taking a ‘grass-roots’ approach to the problem of minority religious identities in twentieth century Eastern Europe. Consequently, it will be of great interest to scholars of new religions movements, religious history and Russian and Eastern European studies.