Power, Politics and Exclusion in Organization and Management 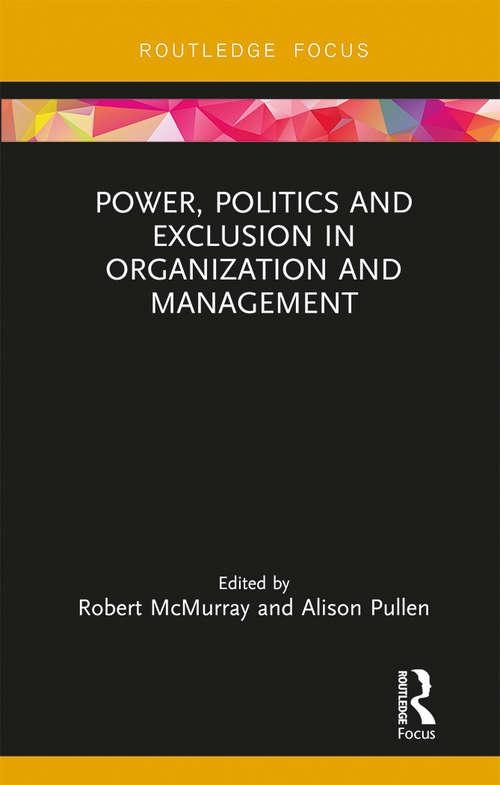 There is a long tradition of research on politics, power and exclusion in areas such as sociology, social policy, politics, women’s studies and philosophy. While power has received considerable attention in mainstream management research and teaching, it is rarely considered in terms of politics and exclusion, particularly where the work of women writers is concerned.

This second book in the Routledge Series on Women Writers in Organization Studies analyses the ways in which women have theorised and embodied relations of power. Women like Edith Garrud who, trained in the Japanese art of jujutsu, confronted the power of the state to champion feminist politics. Others, such as Beatrice Webb and Alva Myrdal, are shown to have been at the heart of welfare reforms and social justice movements that responded to the worst excesses of industrialisation based on considerations of class and gender. The writing of bell hooks provides a necessarily uncomfortable account of the ways in which imperialism, white supremacy and patriarchy inflict unspoken harm, while Hannah Arendt’s work considers the ways in which different modes of organizing restrict the ability of people to live freely. Taken together, such writings dispel the myth that work or business can be separated from the rest of life, a point driven home by Rosabeth Moss Kanter’s observations on the ways in which power and inequality differentially structure life chances. These writers challenge us to think again about power, politics and exclusion in organizational contexts. They provide provocative thinking, which opens up new avenues for organization theory, practice and social activism.

Each woman writer is introduced and analysed by experts in organization studies. Further reading and accessible resources are also identified for those interested in knowing (thinking!) more. This book will be relevant to students, researchers and practitioners with an interest in business and management, organizational studies, critical management studies, gender studies and sociology. Like all the books in this series, it will also be interest to anyone who wants to see, think and act differently.