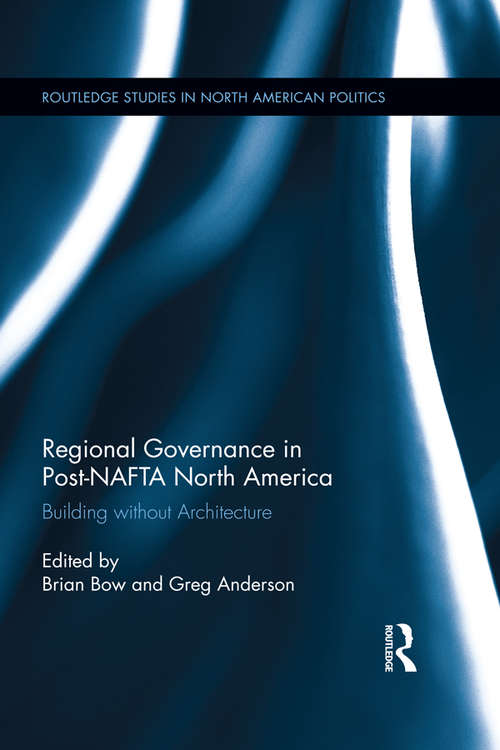 Twenty years after NAFTA, the consensus seems to be that the regional project in North America is dead. The trade agreement was never followed up by new institutions that might cement a more ambitious regional community. The Security and Prosperity Partnership (SPP), launched with some fanfare in 2005, was quietly discontinued in 2009. And new cooperative ventures like the US‐Canada Beyond the Border talks and the US‐Mexico Merida Initiative suggest that the three governments have reverted to the familiar, pre‐NAFTA pattern of informal, incremental bilateralism. One could argue, however, that NAFTA itself has been buried, and yet the region somehow lives on, albeit in a form very different from regional integration in other parts of the world.

A diverse group of contributors, from the United States, Canada, and Mexico, with experience in academia, government service, think tanks and the private sector bring to bear a sophisticated and much needed examination of regional governance in North America, its historical origins, its connection to the regional distribution of power and the respective governments’ domestic institutions, and the variance of its forms and function across different issue areas. The editors begin by surveying the literature on North American regional politics, matching up developments there with parallel debates and controversies in the broader literatures on comparative regional integration and international policy coordination more generally. Six contributors later explore the mechanisms of policy coordination in specific issue-areas, each with an emphasis on a particular set of actors, and with its own way of characterizing the relevant political and diplomatic dynamics. Chapters on the political context for regional policy coordination follow leading to concluding remarks on the future of North America.

At a time when scholarly interest in North America seems to be waning, even while important and interesting political and economic developments are taking place, this volume will reinvigorate the study of North America as a region, to better understand its past, present and future.