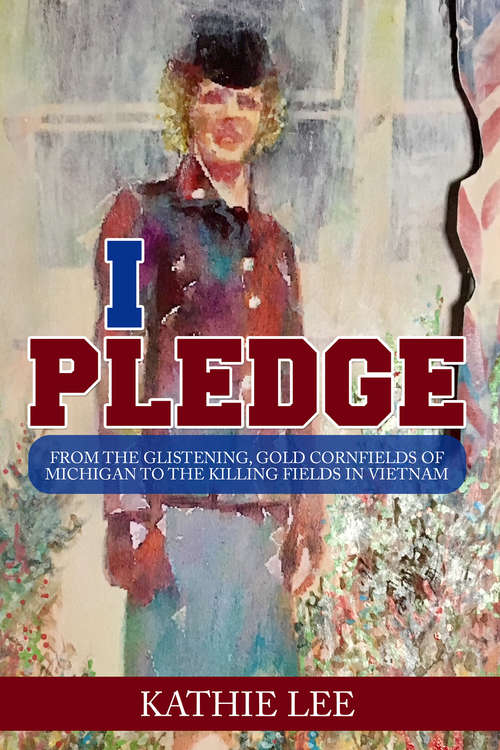 I Pledge is well written, taking the reader on a unique journey through the painful Vietnam years. Kathie Lee, a young woman in the military, presents a fascinating story through the eyes of a small-town girl forced to grow up in a hurry. As Kathie's perceptions of honor, duty, and national interest are challenged, the reader is held captive. I Pledge is the first account I have seen which addresses those years effectively from a female perspective. Governor Jay Hammond, State of Alaska's two term Governor. He was a great encouragement to me in writing this novel before his passing. I Pledge is a wholesome, touching reading set in a serious era of America's history – the Vietnam War. It is carefully detailed, fast moving and even humorous. It also conveys values that will see people through both national and personal crises. Many will appreciate and benefit from I Pledge. Franklin Graham, President of the Billy Graham Evangelical Association and Samaritan's Purse Kathie Lee's book is a mind stimulating adventure of the time she spent in the military and the events she noted during the Vietnam War. I Pledge made me reflect on my time in the U.S. Marine Corps boot camp during 1964 and my combat tours of duty in Vietnam during 1967, 68, 69 and 70. It reminded me of the good times I spent with my comrades-in-arms and our everlasting friendships, and the bad times of having to experience the tragedy of a war-torn country, Vietnam. Butch Meriwether, U.S.M.C. Gunnery Sergeant, Retired In more than 20 years of friendship we have heard many stories from Kathie Lee about her experiences in the military, specifically the Vietnam era. We were in the first generation who sat around the dinner table and watched the daily televised unfolding of a war we didn't understand. Hearing about the war from the perspective of veterans who have a passion for their country and for our military has truly been an eye-opening privilege. Perhaps no other era of veterans has dealt with so much controversy and so little honor. As educators, we feel I Pledge is a ‘must read' for teachers and students to get an a accurate understanding of the Vietnam War period, and the sacrifices made by so many. Gary and Jill Leiter, Educator