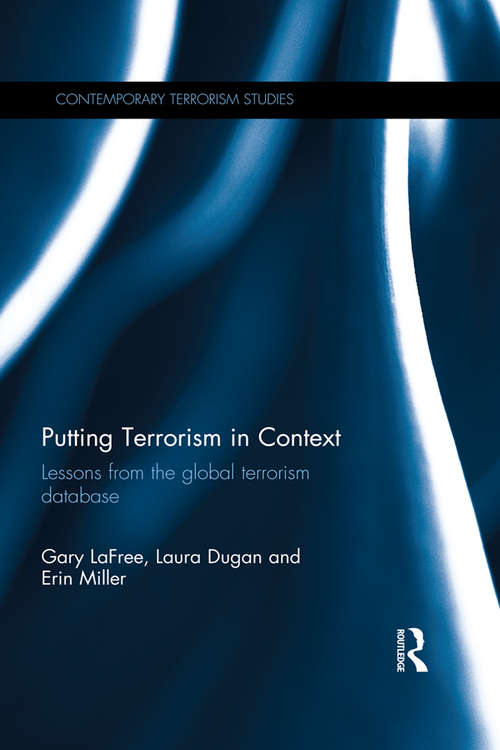 This book offers a guide to interpreting available statistical data on terrorism attacks around the world.

The Global Terrorism Database (GTD) now includes more than 113,000 terrorist attacks, starting in 1970. By analyzing these data, researchers demonstrate how a very small number of terrorist attacks have had an outsized effect on attitudes and policies toward terrorism. These attacks, referred to as ‘black swan’ events, are difficult to predict but have an enormous impact on human affairs for years to come. The book discusses terrorist attacks, such as 9/11, possibly the most high profile ‘black swan’ event in living memory, by putting them into context with thousands of less publicized attacks that have plagued the world since 1970.

Historically, the study of terrorism has suffered from a general lack of empirical data and statistical analysis. This is largely due to the difficulty of obtaining valid data on a topic that poses significant collection challenges. However, this book makes use of the fact that the GTD is currently the most extensive unclassified database on terrorism ever collected. While there have been summaries of the research literature on terrorism and important analyses of international terrorism event data, this is the first book that provides a comprehensive empirical overview of the nature and evolution of both modern international and domestic terrorism.

This book will be of interest to students of terrorism and political violence, criminology, international security, and political science in general.