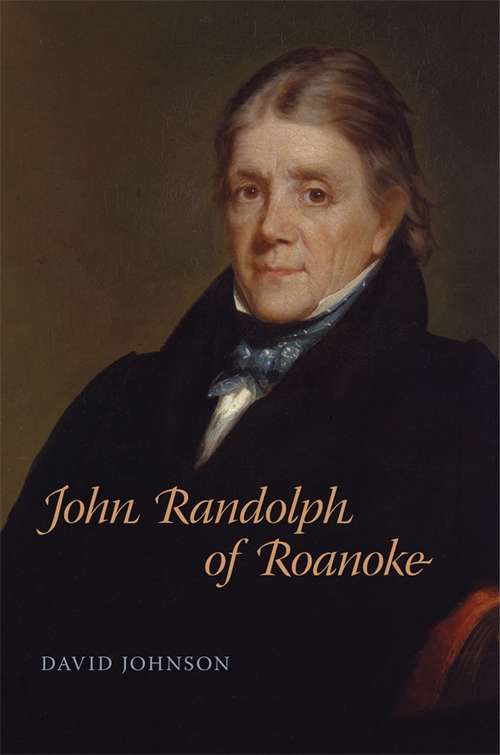 One of the most eccentric and accomplished politicians in all of American history, John Randolph (1773--1833) led a life marked by controversy. The long-serving Virginia congressman and architect of southern conservatism grabbed headlines with his prescient comments, public brawls, and clashes with every president from John Adams to Andrew Jackson. The first biography of Randolph in nearly a century, John Randolph of Roanoke provides a full account of the powerful Virginia planter's hard-charging life and his impact on the formation of conservative politics.The Randolph lineage loomed large in early America, and Randolph of Roanoke emerged as one of the most visible -- and certainly the most bombastic -- among his clan. A colorful orator with aristocratic manners, he entertained the House of Representatives (and newspaper readers across the country) with three-hour-long speeches on subjects of political import, drawing from classical references for his analogies, and famously pausing to gain "courage" from a tumbler at his side. Adept at satire and uncensored in his verbal attacks against colleagues, he invited challenges to duel from those he offended; in 1826, he and the then--secretary of state Henry Clay exchanged gunfire on the banks of the Potomac.A small-government Jeffersonian in political tastes, Randolph first entered Congress in 1799. As chairman of the powerful Ways and Means Committee he memorably turned on President Jefferson, once and for all, in 1805, believing his fellow Virginian to have compromised his republican values. As a result, Randolph led the "Old Republicans," a faction that sought to restrict the role of the federal government.In this rich biography, David Johnson draws upon an impressive array of primary sources -- Randolph's letters, speeches, and writings -- previously unavailable to scholars. John Randolph of Roanoke tells the story of a young nation and the unique philosophy of a southern lawmaker who defended America's agrarian tradition and reveled in his own controversy.