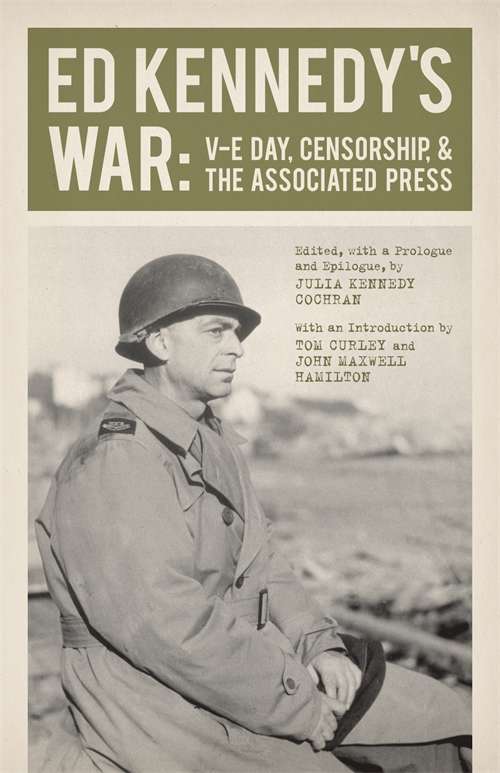 On May 7, 1945, Associated Press reporter Ed Kennedy became the most famous -- or infamous -- American correspondent of World War II. On that day in France, General Alfred Jodl signed the official documents as the Germans surrendered to the Allies. Army officials allowed a select number of reporters, including Kennedy, to witness this historic moment -- but then instructed the journalists that the story was under military embargo. In a courageous but costly move, Kennedy defied the military embargo and broke the news of the Allied victory. His scoop generated instant controversy. Rival news organizations angrily protested, and the AP fired him several months after the war ended.In this absorbing and previously unpublished personal account, Kennedy recounts his career as a newspaperman from his early days as a stringer in Paris to the aftermath of his dismissal from the AP. During his time as a foreign correspondent, he covered the Spanish Civil War, the rise of Mussolini in Italy, unrest in Greece, and ethnic feuding in the Balkans. During World War II, he reported from Greece, Italy, North Africa, and the Middle East before heading back to France to cover its liberation and the German surrender negotiations. His decision to break the news of V-E Day made him front-page headlines in the New York Times. In his narrative, Kennedy emerges both as a reporter with an eye for a good story and an unwavering foe of censorship. This edition includes an introduction by Tom Curley and John Maxwell Hamilton, as well as a prologue and epilogue by Kennedy's daughter, Julia Kennedy Cochran. Their work draws upon newly available records held in the Associated Press Corporate Archives.