Emmett Till in Literary Memory and Imagination 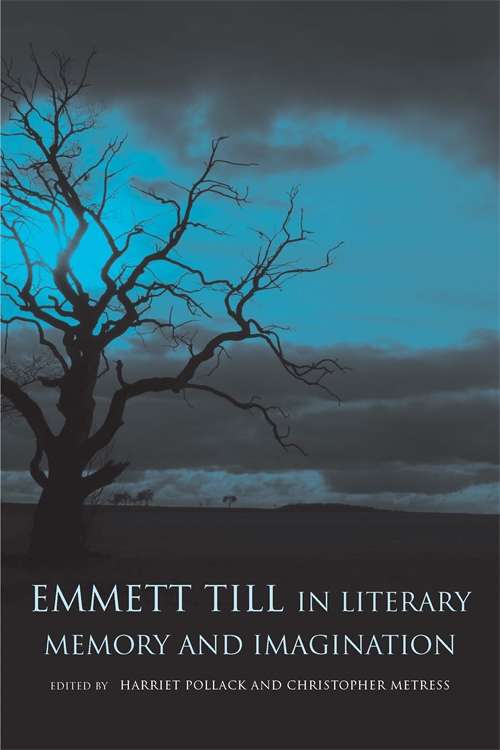 The horrific 1955 slaying of fourteen-year-old Emmett Till marks a significant turning point in the history of American race relations. An African American boy from Chicago, Till was visiting relatives in the Mississippi Delta when he was accused of "wolf-whistling" at a young white woman. His murderers abducted him from his great-uncle's home, beat him, then shot him in the head. Three days later, searchers discovered his body in the Tallahatchie River. The two white men charged with his murder received a swift acquittal from an all-white jury. The eleven essays in Emmett Till in Literary Memory and Imagination examine how the narrative of the Till lynching continues to haunt racial consciousness and to resonate in our collective imagination.The trial and acquittal of Till's murderers became, in the words of one historian, "the first great media event of the civil rights movement," and since then, the lynching has assumed a central place in literary memory. The international group of contributors to this volume explores how the Emmett Till story has been fashioned and refashioned in fiction, poetry, drama, and autobiography by writers as diverse as William Bradford Huie, James Baldwin, Langston Hughes, Gwendolyn Brooks, Audre Lorde, Anne Moody, Nicolás Guillén, Aimé Césaire, Bebe Moore Campbell, and Lewis Nordan. They suggest the presence of an "Emmett Till narrative" deeply embedded in post-1955 literature, an overarching recurrent plot that builds on recognizable elements and is as legible as the "lynching narrative" or the "passing narrative." Writers have fashioned Till's story in many ways: an the annotated bibliography that ends the volume discusses more than 130 works that memorialize the lynching, calling attention to the full extent of Till's presence in literary memory. Breaking new ground in civil rights studies and the discussion of race in America, Emmett Till in Literary Memory and Imagination eloquently attests to the special power and artistic resonance of one young man's murder.