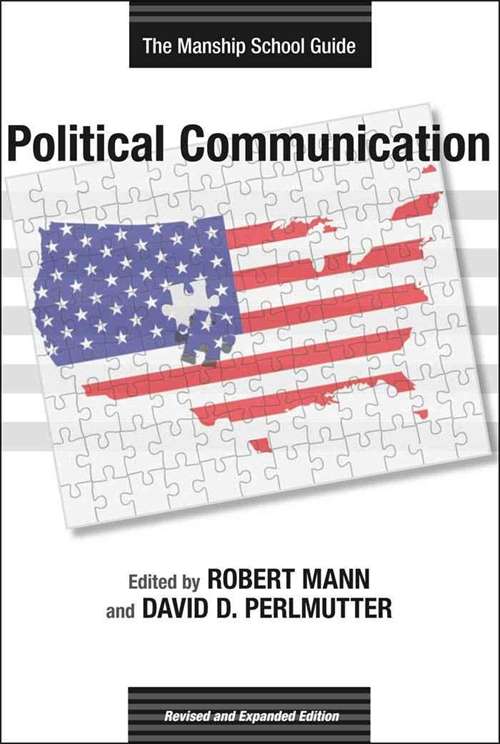 A new era of political power has arrived, one in which the social media forces of Facebook, YouTube, and Twitter indisputably play a larger role in the political process. In this revised and expanded edition of Political Communication: The Manship School Guide, edited by Robert Mann and David D. Perlmutter, contributors discuss technological changes in the context of studies and techniques that remain unchallenged, resulting in a truly comprehensive manual of the world of political communication. This shift in communication began with Howard Dean's social media interaction between voters and candidates. Later, Barack Obama redefined these techniques during his march to the White House. This intriguing development in political campaigns focuses the impact of social media on political consultation and communication, and this volume provides an up-to-date and peerless guide to the events, methods, technologies, venues, theories, and applications of political dialogues.More than just a how-to primer, this new edition also expertly explains the process behind the political engine. Political Communication: The Manship School Guide includes individual essays that tackle the growing myths revolving around politics, such as the political money-monster and the "Mr. Smith Goes to Washington"--candidate fantasy.Twenty-seven chapters from a variety of contributors -- including academics, journalists, and political professionals -- provide insightful, astute, and critical essays for a deeper understanding of political communication and the many roles the public has played in twenty-first-century politics.With this second edition, Political Communication: The Manship School Guide offers readers a valuable resource that clarifies the confusing world of politics.