The Polish Crisis and Relations with Eastern Europe, 1979-1982 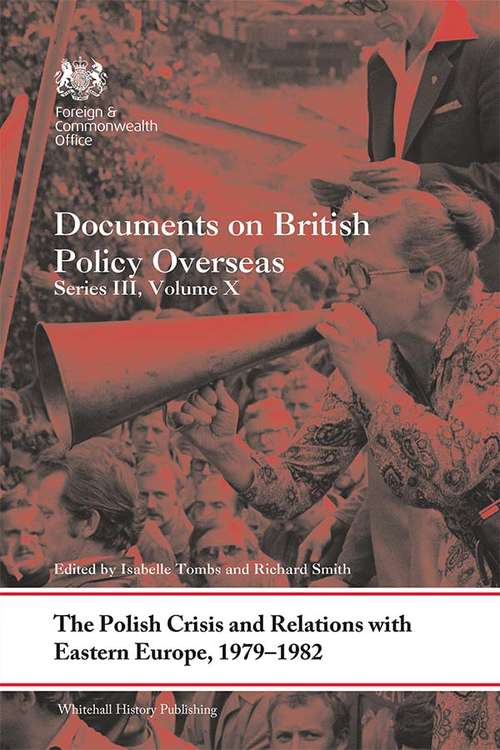 This volume presents a collection of diplomatic documents describing Britain’s relations with Eastern Europe from 1979 to 1982, with special focus on the crisis in Poland.

After coming to power in 1979, the Conservative Government of Margaret Thatcher reaffirmed a policy of ‘differentiation’ between the Soviet Union and the rest of Eastern Europe, and between individual countries; concurrently it encouraged states to exercise a limited amount of independence. This policy was soon put to the test when in 1980 Solidarność, the Solidarity trade union led by Lech Wałęsa, challenged the power of the Party state in Poland. Political demands, social unrest and economic crisis culminated in the imposition of martial law in December 1981, finally suspended in December 1982. The volume maps the UK response, in consultation with Western partners, to the unfolding crisis in Poland, the threat of Soviet intervention and the impact on other Communist states in Europe. The volume also provides a flavour of bilateral UK relations with Albania, Bulgaria, Czechoslovakia, the German Democratic Republic, Hungary, Romania and Yugoslavia; highlighting themes such as human rights and trade.

This volume will be of great interest to students of British Politics, Eastern European Politics, Cold War History, Diplomacy Studies and International Relations in general.