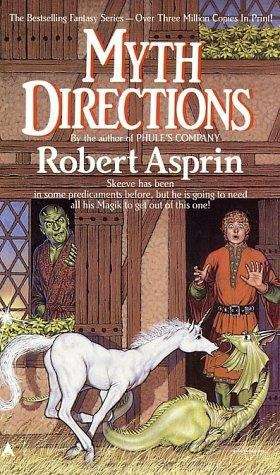 Tanda jumps in to a gloomy afternoon, Aahz and Skeeve have nothing to

do and it's raining. Tanda wants to go shopping and drags Skeeve along

with her. She's looking for a birthday present for Aahz, but what she

chooses causes a civil war when she and Skeeve try to steal it. Tanda

bumbled things so badly as to be caught. So now they have to retrieve

Tanda, except she's under a sleep spell and held captive by one sides

magician. Aahz's birthday present is a hideous trophy which is won by

year, so when Skeeve and Aahz steal it again the opposing sides in the

war decide that the game shall be replayed, this time with 3 teams, the

winner gets both Tanda and the trophy. So it's off to Deva to gather a

team, to play a game who's rules the team doesn't know with players the

team has never seen. Game day arrives with some terrible surprises and

some hilarious play by play from Skeeve and Gleep.