Taiwan and The 'China Impact' 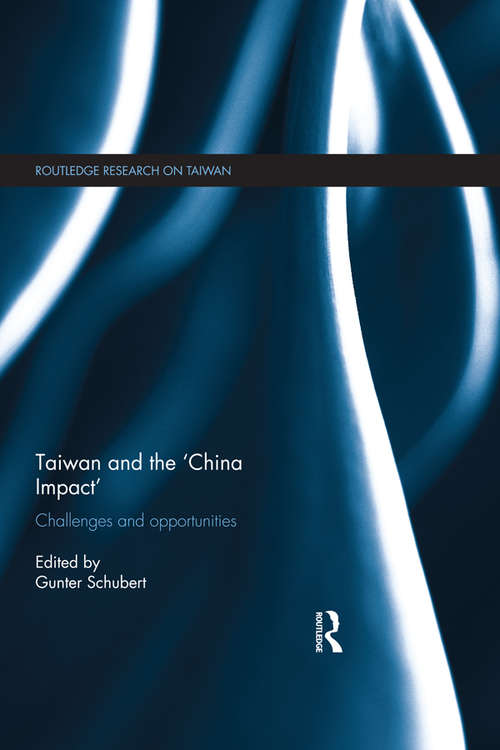 There can be no doubt that China’s economic and political rise is having a stronger effect on Taiwan than on any other country, given the Chinese government’s claim to sovereignty over Taiwan, and Taiwan’s quest to maintain its democratic achievements and political identity as a sovereign state. Against this background, this volume deals with the ‘bigger picture’ of evolving relations across the Taiwan Strait, departing from the observation that China’s impact on Taiwan has become stronger over the last 20 years.

This book analyses the ‘China impact’ on Taiwan in terms of its social, political and security space from both an empirical and conceptual point of view. It is the first comprehensive account of China’s multifaceted impact on the politics and society of contemporary Taiwan, written by renowned scholars from Taiwan, Europe and the U.S. The book covers a wide range of topics including Taiwan’s party alignment, elections, generational politics, cross-strait political economy, immigration policy and security. The contributors, political scientists and sociologists, highlight both the dangers and the opportunities of the ‘China impact’ for Taiwan and draw a realistic picture of the island republic’s current situation and future options in the shadow of its giant neighbour.