The Politics of Furniture 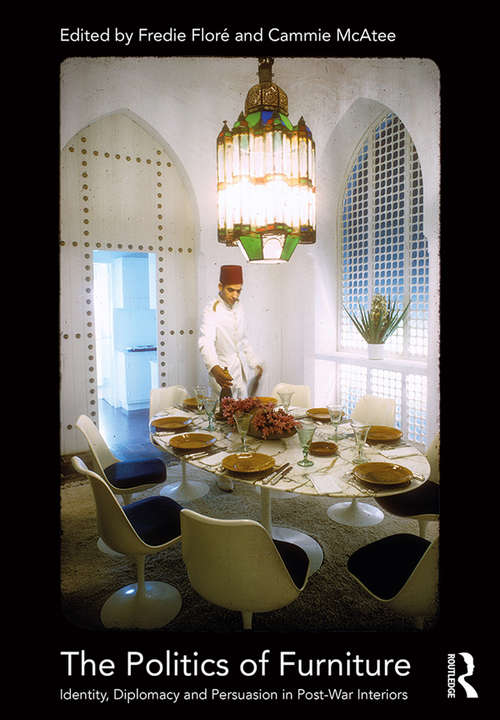 In many different parts of the world modern furniture elements have served as material expressions of power in the post-war era. They were often meant to express an international and in some respects apolitical modern language, but when placed in a sensitive setting or a meaningful architectural context, they were highly capable of negotiating or manipulating ideological messages. The agency of modern furniture was often less overt than that of political slogans or statements, but as the chapters in this book reveal, it had the potential of becoming a persuasive and malleable ally in very diverse politically charged arenas, including embassies, governmental ministries, showrooms, exhibitions, design schools, libraries, museums and even prisons.

This collection of chapters examines the consolidating as well as the disrupting force of modern furniture in the global context between 1945 and the mid-1970s. The volume shows that key to understanding this phenomenon is the study of the national as well as transnational systems through which it was launched, promoted and received. While some chapters squarely focus on individual furniture elements as vehicles communicating political and social meaning, others consider the role of furniture within potent sites that demand careful negotiation, whether between governments, cultures, or buyer and seller. In doing so, the book explicitly engages different scholarly fields: design history, history of interior architecture, architectural history, cultural history, diplomatic and political history, postcolonial studies, tourism studies, material culture studies, furniture history, and heritage and preservation studies.

Taken together, the narratives and case studies compiled in this volume offer a better understanding of the political agency of post-war modern furniture in its original historical context. At the same time, they will enrich current debates on reuse, relocation or reproduction of some of these elements.