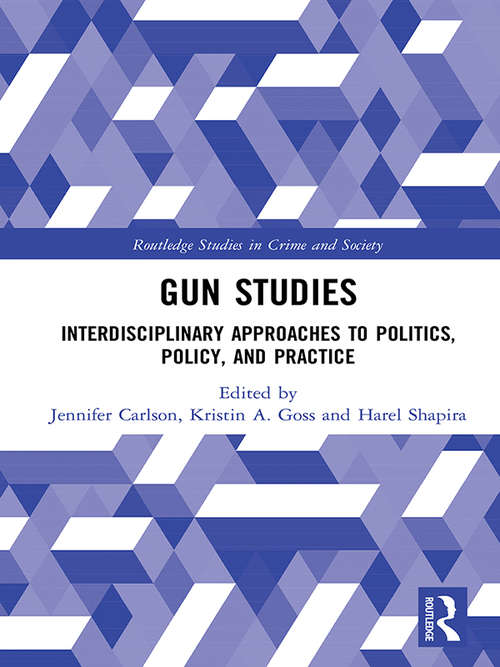 As cultural, social, political, and historical objects, guns are rich with complex and contested significance. What guns mean, why they matter, and what policies should be undertaken to regulate guns remain issues of vigorous scholarly and public debate.

Gun Studies offers fresh research and original perspectives on the contentious issue of firearms in public life. Comprising global, interdisciplinary contributions, this insightful volume examines difficult and timely questions through the lens of:

Questions explored include the evolution of American gun culture from recreation to self-protection; the changing dynamics of the pro-gun and pro-regulation movements; the deeply personal role of guns as sources of both injury and security; and the relationship between gun-wielding individuals, the state, and social order in the United States and abroad. In addition to introducing new research, Gun Studies presents reflections by senior scholars on what has been learned over the decades and how gun-related research has influenced public policy and everyday conversations.

Offering provocative and often intimate perspectives on how guns influence individuals, social structures, and the state in both dramatic and nuanced ways, Gun Studies will appeal to students and researchers interested in fields such as sociology, political science, legal history, criminology, criminal justice, social policy, armaments industries, and violent crime. It will also appeal to policy makers and all others interested in and concerned about the use of guns.