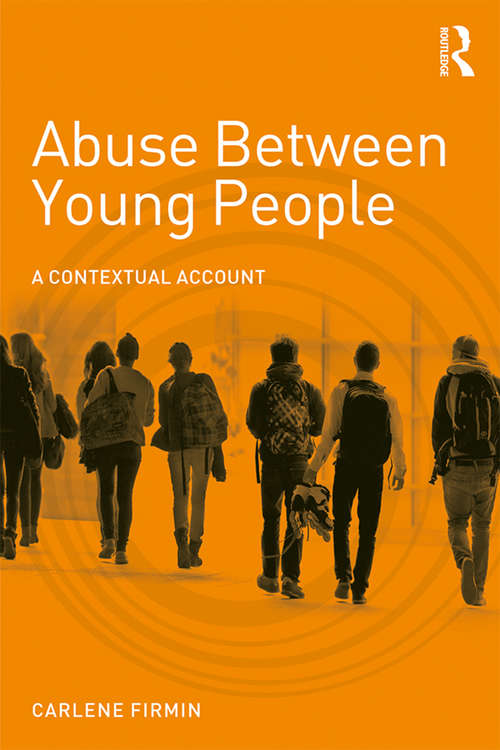 Awareness of peer-on-peer abuse is on the rise and is a matter of increasing international concern. Abuse Between Young People: A Contextual Account is the first book to offer a contextualised narrative of peer-on-peer abuse that moves beyond recognising an association between environments and individual choice, and illustrates the ways in which such interplay occurs.

Using both sociological and feminist perspectives, Firmin reshapes the way that peer-on-peer abuse is perceived and investigates the effect of gendered social context on the nature of abuse between young people. This text also uses an in-depth case study to explore associations between abusive incidents and young people’s homes, peer groups, schools and neighbourhoods, in addition to broader societal influences such as pornography and politics. National and international policies are woven into each chapter, along with insights from parenting programmes, the troubled families’ agenda, and bullying and community safety policies.

Abuse Between Young People presents a clear insight into the various contexts that affect the nature of peer-on-peer abuse, providing a thorough analysis into the debates on this issue. In so doing, Firmin creates a vital contextual approach to safeguarding young people affected by this issue. It is invaluable reading for students and researchers in social work, education, criminology, sociology and psychology, as well as practitioners and policymakers concerned with the protection of young people.