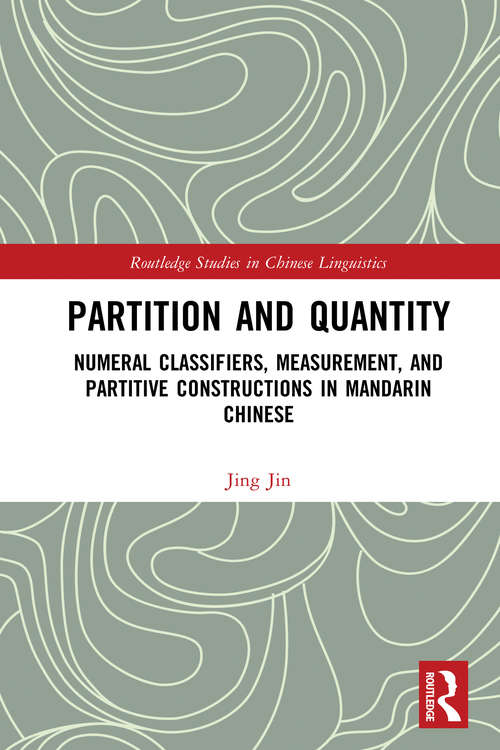 Partition and Quantity: Numeral Classifiers, Measurement, and Partitive Constructions in Mandarin Chinese presents an in-depth investigation into the semantic and syntactic properties of Chinese classifiers and conducts a comprehensive examination on the use of different quantity constructions in Chinese.

This book echoes a rapid development in the past decades in Chinese linguistics research within the generative framework on Chinese classifier phrases, an area that has emerged as one of the most cutting-edge themes in the field of Chinese linguistics.