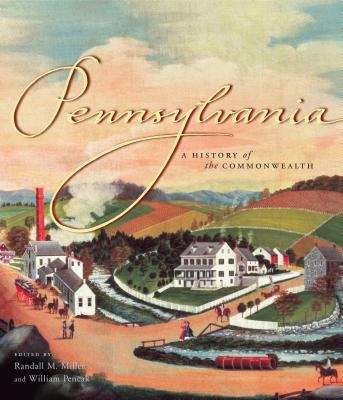 By: Randall M. Miller • William A. Pencak
Login
Sign Up

The Keystone State, so nicknamed because it was geographically situated in the middle of the thirteen original colonies and played a crucial role in the founding of the United States, has remained at the heart of American history. Created partly as a safe haven for people from all walks of life, Pennsylvania is today the home of diverse cultures, religions, ethnic groups, social classes, and occupations. Many ideas, institutions, and interests that were first formed or tested in Pennsylvania spread across America and beyond, and continue to inform American culture, society, and politics. This book tells that story--and more. It recenters Pennsylvania in the American historical narrative.

Pennsylvania: A History of the Commonwealth offers fresh perspectives on the Keystone State from an array of distinguished scholars who view the history of this Commonwealth critically and honestly, using the latest and best scholarship to give a modern account of Pennsylvania's past. They do so by emphasizing the evolution of Pennsylvania as a place and an idea. The book, the first comprehensive history of Pennsylvania in almost three decades, sets the Pennsylvania story in the larger context of national social, cultural, economic, and political development. Without sacrificing treatment of the influential leaders who made Pennsylvania history, the book focuses especially on the lives of everyday people over the centuries. It also magnifies historical events by examining the experiences of local communities throughout the state.