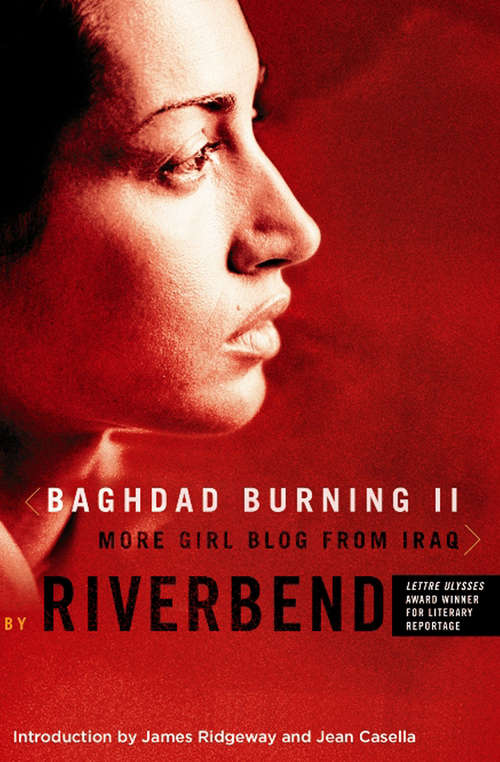 Riverbend, the young Iraqi woman whose “articulate, even poetic prose packs an emotional punch,” continues her blog from her hometown of Baghdad (The New York Times). Riverbend, the pseudonymous recipient of a Lettre Ulysses Award for the Art of Literary Reportage, continues her chronicle of daily life in occupied Baghdad. Drawn from her popular blog, this volume spans from October 2004 through March 2006. In her distinctively wry yet urgent prose Riverbend, now 27, tells of life in a middle-class, secular, mixed Shia-Sunni family. She describes the attacks she sees on TV, raids in her neighborhood, fuel shortages, rolling blackouts, and water shortages, all while offering insightful critiques of the Iraqi draft constitution and American Media. Riverbend reveals how, for the first time in her life, she feels lesser due to her gender. Dispelling reductive, media-driven stereotypes, she explains that most Iraqis are tolerant people, prefer secular to religious government, oppose a civil war, and desperately want the occupation to end.