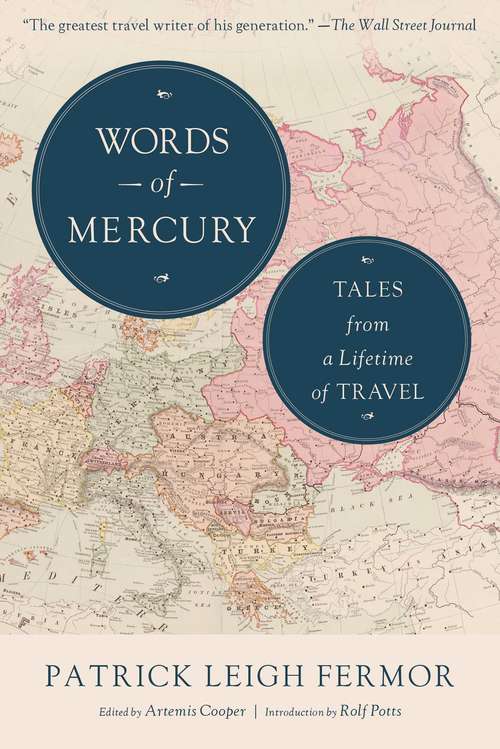 A career-spanning anthology from the greatest traveler—and travel writer—of the twentieth century.The adventures of Patrick “Paddy” Leigh Fermor, Britain’s most beloved traveler, began in 1933, when he embarked on a walk from Holland to Constantinople—the entire length of Europe—at the tender age of eighteen. Sleeping in barns, monasteries, and, on occasion, aristocratic country houses, the young adventurer made way his through the Old World just as everything was about to change.Words of Mercury collects pieces from every stage of Leigh Fermor’s life, from his journey through Eastern Europe just before the outbreak of the Second World War—described in gorgeous, meditative detail—to his encounter with voodoo in Haiti, to a monastic retreat to Normandy to try to write a book. Also included is the story of one of his most well-known exploits from the war—his planned and executed kidnap of a German general under British orders. Ever the student, “Paddy” also wrote extensively on his encounters with polymaths, linguists, and artists all over the world.Over the course of his illustrious lifetime, Leigh Fermor wrote several acclaimed travel books, countless essays, translations, and book reviews, many of which are compiled in this anthology. His unique experiences out in the world fed his insatiable curiosity and voracious appetite for scholarship. His tales, written in a singular, elegant style, have inspired generations of writers and continue to shape the language of travel.