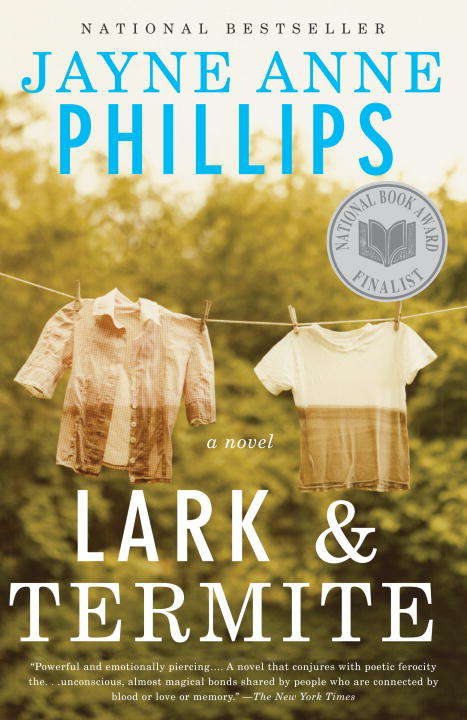 A rich, wonderfully alive novel from one of our most admired and best-loved writers, her first book in nine years. Lark and Termite is set during the 1950s in West Virginia and Korea. It is a story of the power of loss and love, the echoing ramifications of war, family secrets, dreams and ghosts, and the unseen, almost magical bonds that unite and sustain us. At its center, two children: Lark, on the verge of adulthood, and her brother, Termite, a child unable to walk and talk but filled with radiance. Around them, their mother, Lola, a haunting but absent presence; their aunt Nonie, a matronly, vibrant woman in her fifties, who raises them; and Termite's father, Corporal Robert Leavitt, who finds himself caught up in the chaotic early months of the Korean War. Told with deep feeling, the novel invites us to enter into the hearts and thoughts of the leading characters, even into Termite's intricate, shuttered consciousness. We are with Leavitt, trapped by friendly fire alongside the Korean children he tries to rescue. We see Lark's dreams for Termite and her own future, and how, with the aid of a childhood love and a spectral social worker, she makes them happen. We learn of Lola's love for her soldier husband and her children, and unravel the mystery of her relationship with Nonie. We discover the lasting connections between past and future on the night the town experiences an overwhelming flood, and we follow Lark and Termite as their lives are changed forever.