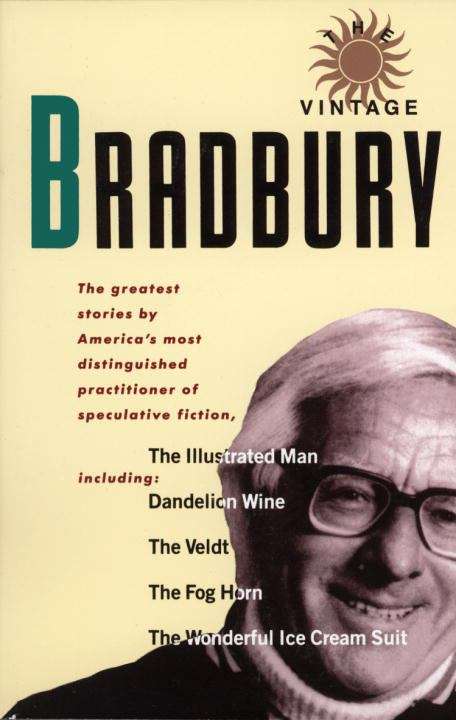 "Ray Bradbury is one of the most original living American

authors A curious mixture of poetry and colloquialism, [his

style] is so brisk and economical... so full of unexpected quirks

that it never becomes boring Most of Ray's stories are

—Gilbert Highet, from the Introduction

Once upon a time people described Ray Bradbury as a particularly gifted writer of science fiction. Today he seems more like a magical realist, a small-town American cousin to Borges and Garda Marquez. A writer whose vision of the world is so intense that the objects in it sometimes levitate or glow with otherworldly auras.

Who but Bradbury could imagine the playroom in which children's fantasies become real enough to kill? The beautiful white suit that turns six down-and-out Chicanos into their ideal selves? Only Bradbury could make us identify with a man who lives in terror of his own skeleton. And if a generic science fiction writer might describe a spaceship landing on Mars, only Bradbury can tell us how the Martians see it—and the strange and dreamlike visitors from Planet Earth.