A Survey of the Almagest 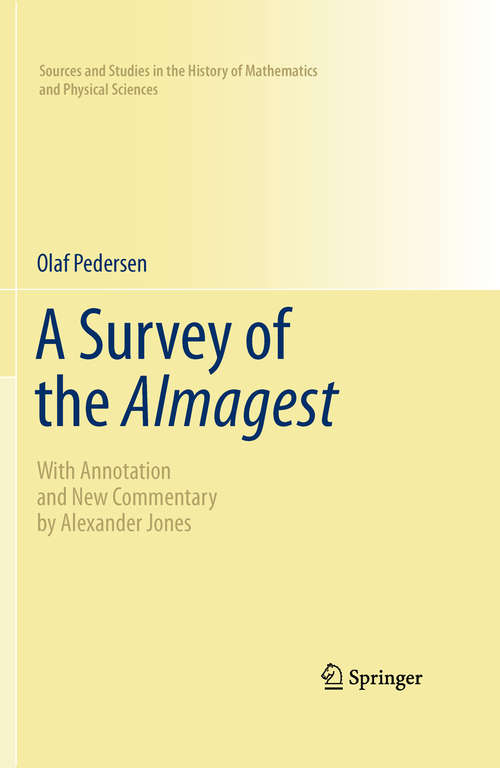 The Almagest, by the Greek astronomer and mathematician Ptolemy, is the most important surviving treatise on early mathematical astronomy, offering historians valuable insight into the astronomy and mathematics of the ancient world.

Pedersen's 1974 publication, A Survey of the Almagest, is the most recent in a long tradition of companions to the Almagest. Part paraphrase and part commentary, Pedersen's work has earned the universal praise of historians and serves as the definitive introductory text for students interested in studying the Almagest.

In this revised edition, Alexander Jones, a distinguished authority on the history of early astronomy, provides supplementary information and commentary to the original text to account for scholarship that has appeared since 1974. This revision also incorporates various corrections to Pedersen's original text that have been identified since its publication.

This volume is intended to provide students of the history of astronomy with a self-contained introduction to the Almagest, helping them to understand and appreciate Ptolemy's great and classical work.