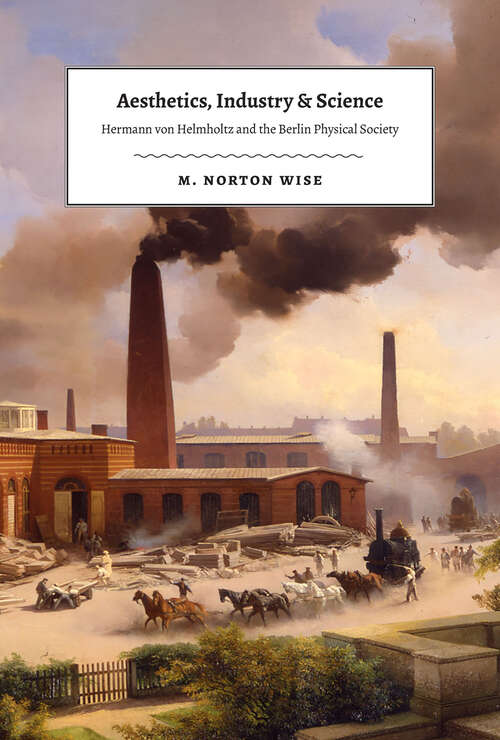 On January 5, 1845, the Prussian cultural minister received a request by a group of six young men to form a new Physical Society in Berlin. In fields from thermodynamics, mechanics, and electromagnetism to animal electricity, ophthalmology, and psychophysics, members of this small but growing group—which soon included Emil Du Bois-Reymond, Ernst Brücke, Werner Siemens, and Hermann von Helmholtz—established leading positions in what only thirty years later had become a new landscape of natural science. How was this possible? How could a bunch of twenty-somethings succeed in seizing the future?

In Aesthetics, Industry, and Science M. Norton Wise answers these questions not simply from a technical perspective of theories and practices but with a broader cultural view of what was happening in Berlin at the time. He emphasizes in particular how rapid industrial development, military modernization, and the neoclassical aesthetics of contemporary art informed the ways in which these young men thought. Wise argues that aesthetic sensibility and material aspiration in this period were intimately linked, and he uses these two themes for a final reappraisal of Helmholtz’s early work. Anyone interested in modern German cultural history, or the history of nineteenth-century German science, will be drawn to this landmark book.

Copyright:
2018 The University of Chicago Press