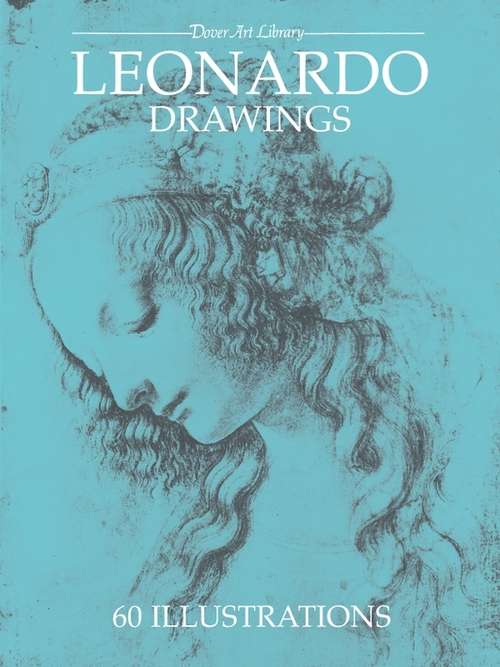 Although Leonardo da Vinci was one of the greatest artists who ever lived, his career was marked by an unusually large number of uncompleted projects and by finished works that rapidly deteriorated. Nevertheless, his influence is undoubted, and his claim to greatness rests chiefly on his drawings, which have been carefully preserved in such locations as Windsor Castle, the Louvre, the Uffizi Gallery, and the British Museum.This collection, excellently reproduced in black-and-white, is representative of Leonardo's various achievements in many drawing media. Among the selections are drawings of plants, landscapes, animals, battles, weapons, and the human face and figure, as well as studies for later paintings or sculpture: a full compositional study for The Adoration of the Magi, a study for the angel's head in The Virgin of the Rocks, studies of horses for the Sforza monument, studies for The Last Supper, studies for The Battle of Anghiari, and an early cartoon for The Madonna with St. Anne.