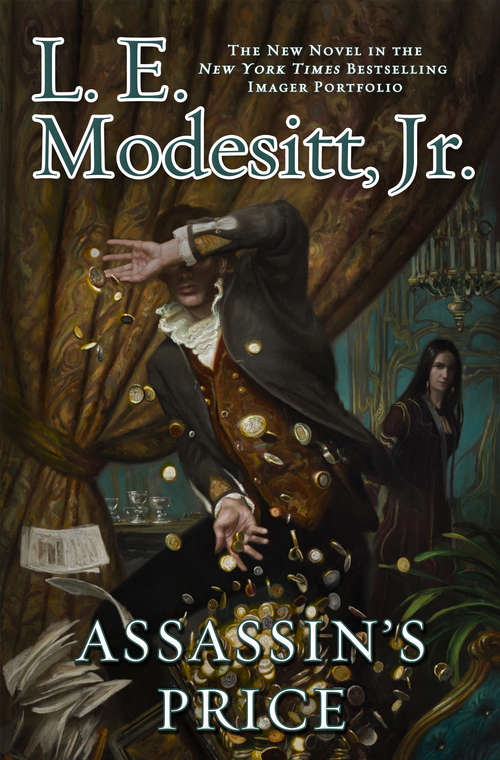 Assassin's Price is the eleventh book in the bestselling, epic fantasy series the Imager Portfolio by L. E. Modesitt, Jr. and the third book in a story arc which began with Madness in Solidar and Treachery's Tools. Six years have passed since the failed uprising of the High Holders, and the man behind the conspiracy is where the rex and Maitre Alastar can keep an eye on him. Charyn has come of age and desperately wants to learn more so he can become an effective rex after his father—but he’s kept at a distance by the rex. So Charyn sets out to educate himself—circumspectly. When Jarolian privateers disrupt Solidar’s shipping, someone attempts to kill Charyn’s younger brother as an act of protest. Threatening notes following in the wake of acts of violence against the rex and his family, demanding action—build more ships or expect someone to die.

Other series by this author: The Saga of Recluce, The Corean Chronicles, The Spellsong Cycle, The Ghost Books, The Ecolitan Matter

At the Publisher's request, this title is being sold without Digital Rights Management Software (DRM) applied.