The Politics of Female Alliance in Early Modern England 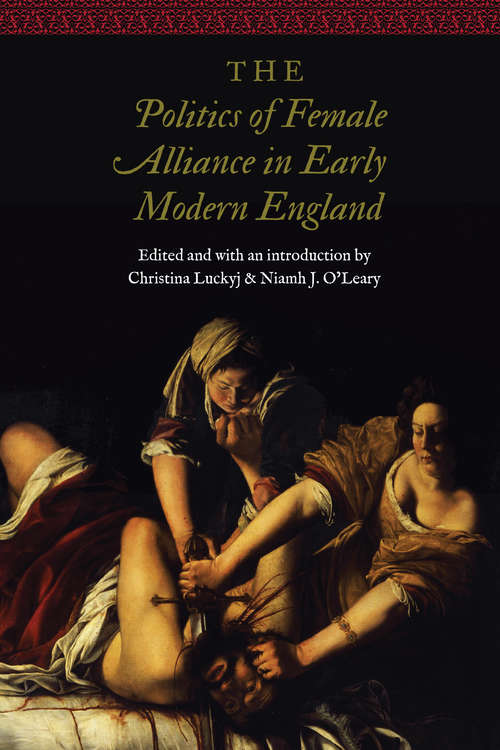 In the last thirty years scholarship has increasingly engaged the topic of women’s alliances in early modern Europe. The Politics of Female Alliance in Early Modern England expands our knowledge of yet another facet of female alliance: the political. Archival discoveries as well as new work on politics and law help shape this work as a timely reevaluation of the nature and extent of women’s political alliances.Grouped into three sections—domestic, court, and kinship alliances—these essays investigate historical documents, drama, and poetry, insisting that female alliances, much like male friendship discourse, had political meaning in early modern England. Offering new perspectives on female authors such as the Cavendish sisters, Anne Clifford, Aemilia Lanyer, and Katherine Philips, as well as on male-authored texts such as Romeo and Juliet, The Winter’s Tale, Swetnam the Woman-Hater, and The Maid’s Tragedy, the essays bring both familiar and unfamiliar texts into conversation about the political potential of female alliances.Some contributors are skeptical about allied women’s political power, while others suggest that such female communities had considerable potential to contain, maintain, or subvert political hierarchies. A wide variety of approaches to the political are represented in the volume and the scope will make it appealing to a broad audience.