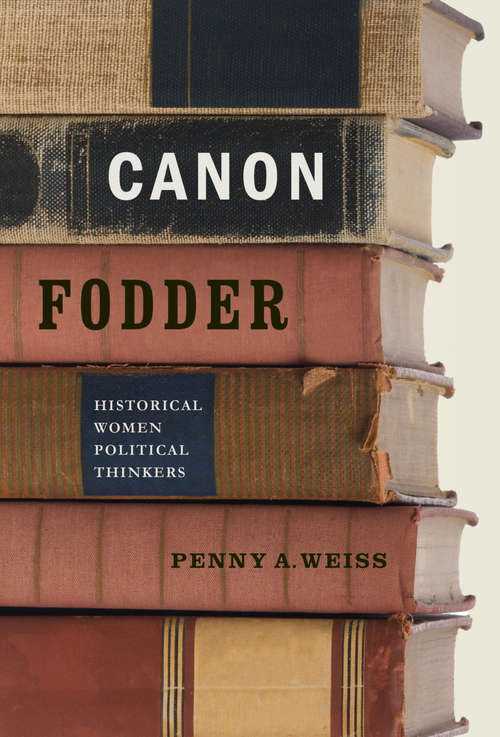 This book is an exercise in the recovery of historical memory about a set of thinkers who have been forgotten or purposely ignored and, as a result, never made it into the canon of Western political philosophy. Penny Weiss calls them “canon fodder,” recalling the fate of soldiers in war who are treated by their governments and military leaders as expendable. Despite some real progress at recovery over the past few decades, and the now-frequent references to a few female thinkers like Mary Wollstonecraft, Hannah Arendt, and Simone de Beauvoir, the surface has only been scratched, and the rich resources of women’s writings about political ideas remain still largely untapped. Included here, and intended to further whet the palate, are figures from Sei Shōnagon, Christine de Pizan, and Mary Astell to Elizabeth Cady Stanton, Anna Julia Cooper, and Emma Goldman. Restoring female thinkers to the conversation of political philosophy is the primary goal of this book. Part I deploys a range of these thinkers to discuss the nature of political inquiry itself. Part II focuses on alternative approaches to and visions of core political ideas: equality, power, revolution, childhood, and community. While mainly an intellectual act of revival, this book also affects practical political life, because “remote and academic as they sometimes appear, debates about what to include in the canon ultimately touch almost everyone: students handed texts from lists of ‘great books’ to guide them . . . and citizens whose governments justify their actions with ideas from political texts deemed classic."