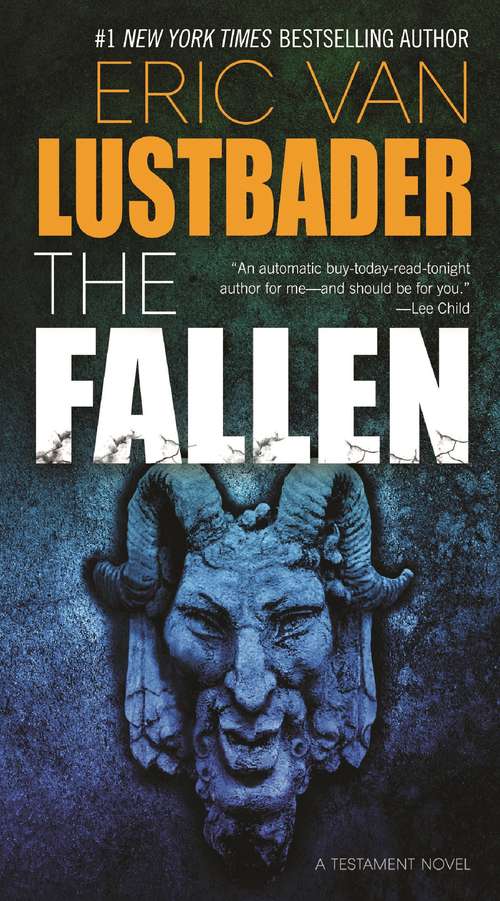 The Fallen: A new, pulse-pounding thriller from Eric Van Lustbader, the New York Times bestselling author of the Jason Bourne series and The Testament. The End of Days has been predicted for the last two thousand years. Now, without warning, it is upon us. In a hidden cave in the mountains of Lebanon, a man makes a fateful discovery. He will bring what has been forbidden for thousands of years out of the darkness and into the light: the Testament of Lucifer.In Istanbul, Bravo Shaw, head of the Gnostic Observatine sect, is warned by Fra Leoni of the war between Good and Evil, waged to a standstill since time immemorial. Now an unfathomable danger has arisen: Lucifer’s advance guard, the Fallen. Humankind is in danger of being enslaved by the forces of evil.Bravo, Fra Leoni, and Bravo’s blind, brilliant sister, Emma, are the first and last line of defense against the chaos unleashed by the Testament of Lucifer. All roads lead to the Book of Deathly Things: the Testament of Lucifer. But if Bravo and Emma become privy to its dreadful secrets they very might well forfeit far more than just their lives.In the sequel to his internationally bestselling The Testament, Lustbader delivers a new trilogy that explores religion, politics, and civilization, that plumbs the depths of morality, that, finally, asks us to consider what it really means to be human.At the Publisher's request, this title is being sold without Digital Rights Management Software (DRM) applied.