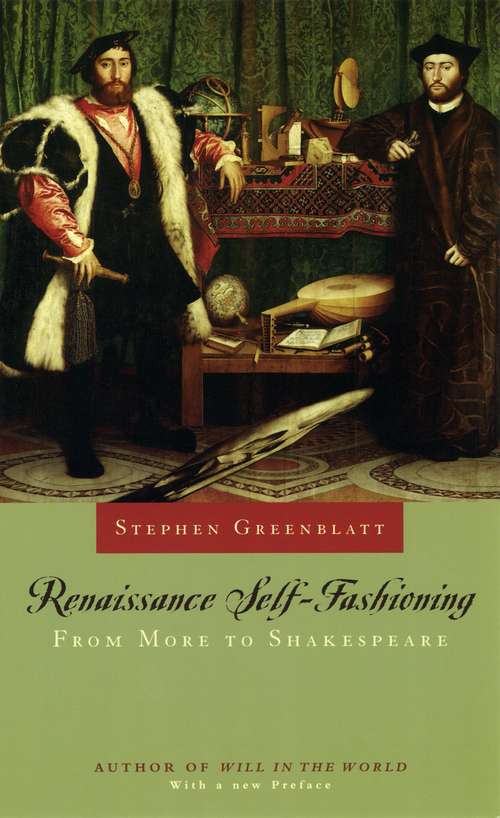 Renaissance Self-Fashioning is a study of sixteenth-century life and literature that spawned a new era of scholarly inquiry. Stephen Greenblatt examines the structure of selfhood as evidenced in major literary figures of the English Renaissance—More, Tyndale, Wyatt, Spenser, Marlowe, and Shakespeare—and finds that in the early modern period new questions surrounding the nature of identity heavily influenced the literature of the era. Now a classic text in literary studies, Renaissance Self-Fashioning continues to be of interest to students of the Renaissance, English literature, and the new historicist tradition, and this new edition includes a preface by the author on the book's creation and influence. "No one who has read [Greenblatt's] accounts of More, Tyndale, Wyatt, and others can fail to be moved, as well as enlightened, by an interpretive mode which is as humane and sympathetic as it is analytical. These portraits are poignantly, subtly, and minutely rendered in a beautifully lucid prose alive in every sentence to the ambivalences and complexities of its subjects. "—Harry Berger Jr. , University of California, Santa Cruz

Copyright:
2005 The University of Chicago Press