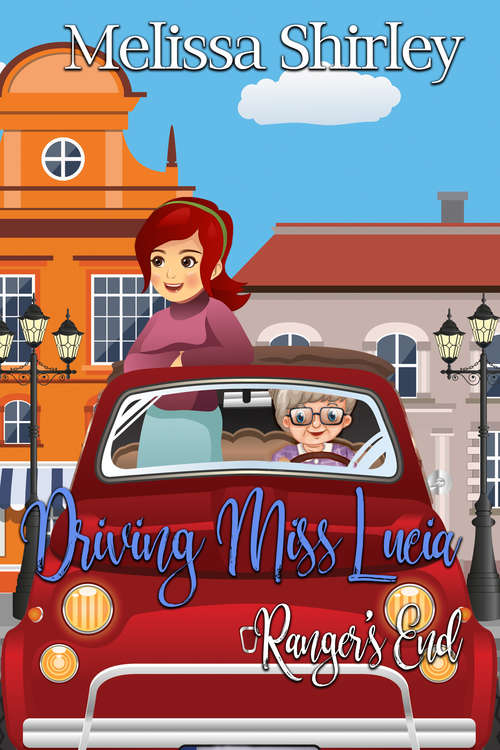 ESCAPED to Rangers EndKnown now as Jane Doe, Lanie Carpenter is on the run from an abusive ex. Her cross-country drive lands her in Rangers End, a quaint and quirky town with striped awnings and little old ladies who can't move fast enough to help her out. Minutes after arriving she has a job and a place to stay. Plus, there's no danger in being a wingman/driver for a little old lady. Except that little old lady is anything but normal. Lanie can deal with harrowing rides in the passenger seat, with trips to Marco's All Male Dance Review, and even riding a mechanical bull, but John Alexander is more than she signed up for and more coincidence than she can ignore. How did a man from her hometown end up here, working for the same woman? Or does he work for her ex-husband? Only one thing is certain, whether he works for Chad or not, keeping her hands off him is a bit more challenge than Lanie can manage. But when Chad shows his face in Rangers End, it might take more than one small town and one large man to keep Lanie safe. CONFLICTED in Rangers EndLanie Carpenter is more than a job, she's been the woman of his dreams since he sat behind her in high school English class, and he needs this money to save his gambler father's kneecaps. Hired to find her, John can't bring himself to turn her over to the ex who lied to him, who marked her with bruises and forced her to run. Now, even though the entire town is in line to help, it's up to John to save her and show her that she is more than any man deserves, and no matter how long it takes that's what he's going to do. Even if her ex shows up. After all, she's Lanie Carpenter, the happily ever after he's always wanted.