I Seek My Prey In The Waters 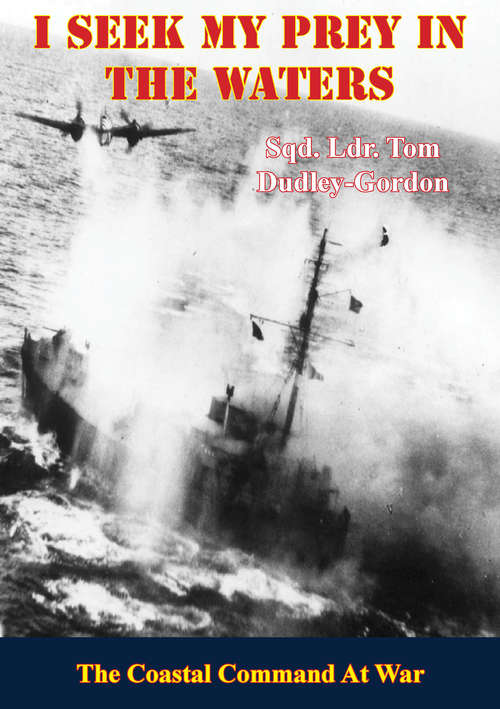 THE beginnings of Coastal Command are obscure. It is held by some that, in embryo, it consisted of five officers and four Bleriot monoplanes that were detached from Netheravon in August 1914 for coastal reconnaissance duties. At this time, however, there was a flourishing Naval Air Service which had its being up and down our coasts and which could properly be regarded as a coastal air force...In 1918 the Royal Flying Corps and the Royal Naval Air Service were amalgamated into the Royal Air Force. By this time there were many aircraft of all sorts employed on coast-watching, convoy protection and the attack of submarines, and very effectively they carried out their duties.After the war this coastal organization was much reduced in size, being composed of a few flying-boat squadrons and one or two torpedo-carrying units. In addition, the disembarked squadrons of the carrier-borne air force were controlled and administered by what was then known as the Coastal Area. When, however, under the menace of Hitlerism, the expansion of the Royal Air Force took place, Coastal Area, by that time renamed Coastal Command, took its share. Working in close co-operation with the Royal Navy, the Command developed the activities which are so well described in this book.Coastal Command has always been a rather independent part of the Royal Air Force. Its operations have an element of mystery about them which is a trifle aggravating to the rest of the Service. It has a jealous spirit of its own which makes its personnel, when they are posted away, hanker to come back and strive and contrive to that end unceasingly. It is immensely proud of its job and of the way it does it. In fact, it has all the attributes of a first-class team. Long may it flourish as such.