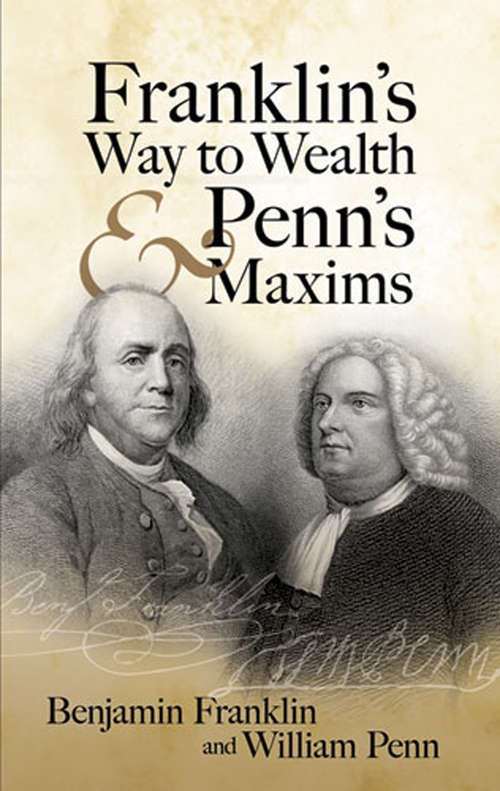 Witty, wise, and elegant in their simplicity, the timeless adages in this inspiring volume originated with two influential figures of early American history. Franklin’s Way to Wealth began as a preface to Poor Richard’s Almanack, the popular book of advice by Benjamin Franklin, the beloved founding father. Penn’s Maxims features hundreds of observations by the Quaker leader, William Penn, who founded the colony of Pennsylvania. Both offer enduring counsel on how to live — both materially and spiritually.In addition to his active role in guiding colonial America to independence, Benjamin Franklin was a shrewd businessman who amassed a substantial personal fortune. His life story offers an ideal example of the application of a successful work ethic. In his treatise, he presents his own tried-and-true attitudes toward money management, with quotable thoughts on the rewards of industry, the perils of debt, and the futility of idleness.The democratic principles by which William Penn governed Pennsylvania — including complete freedom of religion, fair trials, and a system of elected representatives — were later adopted into the federal constitution. This collection presents hundreds of his sage reflections, ranging from thoughts on government, education, and religion, to meditations on charity, friendship, and patience.