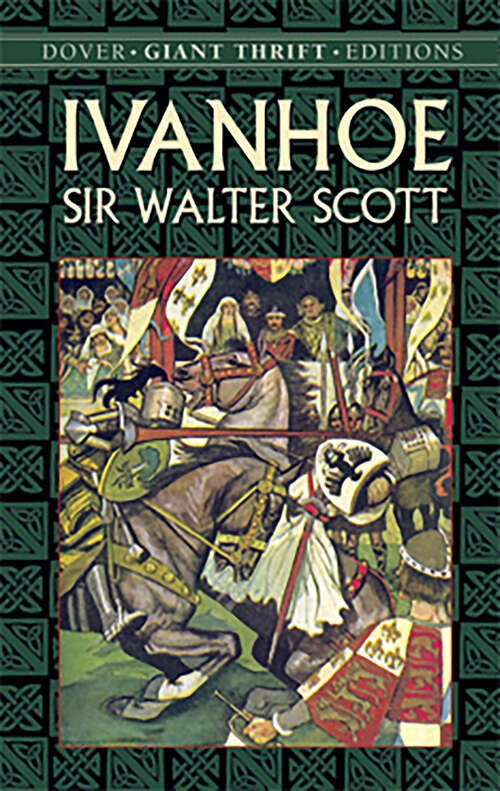 "Take heed to yourself for the Devil is unchained!" the King of France warns his treacherous co-conspirator, Prince John of England. The "Devil" is none other than Richard the Lion-Hearted, headed home from the Third Crusade to reclaim his throne. Amid the heat of a tournament, King Richard comes to the aid of another Crusader who has returned in disguise. Wilfred of Ivanhoe also seeks to recover a lost heritage — and the hand of Lady Rowena, "a rose of loveliness, and a jewel of wealth; the fairest among a thousand."Sir Walter Scott's historical romance was published in 1819 and has reigned supreme ever since as the epitome of chivalric novels. Set at the close of the 12th century, it unfolds in a kingdom torn asunder by the hatred between Saxons and Normans. Cedric the Saxon, a powerful lord attempting to restore the Saxon nobility, disinherits Ivanhoe because of his son's fealty to the Norman king. Prince John, assisted by the scheming knights of the Templar Order, clings to the crown by having his brother imprisoned. The dispossessed heroes, Ivanhoe and King Richard, face an uphill battle against firmly entrenched adversaries. The success of their fight rests upon the support of an unlikely crew of outsiders: Rebecca, a Jew accused of sorcery for her skill in the healing arts; Gurth, a swineherd slave; Wamba, a wise fool; and England's most famous outlaw, the legendary Robin Hood.Ivanhoe crackles with adventure, from a hostage drama inside a besieged castle to a trial by combat to determine the fate of an innocent maiden. A master storyteller's greatest tale, it brings the Middle Ages to life.