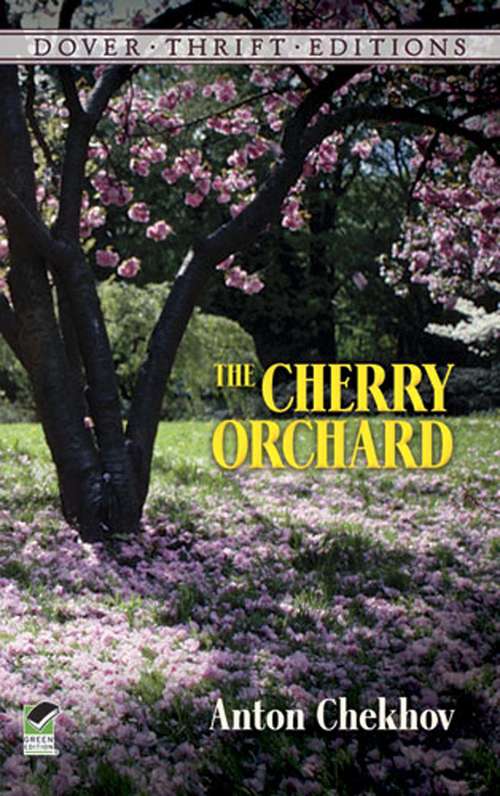 The Cherry Orchard was first produced by the Moscow Art Theatre on Chekhov's last birthday, January 17, 1904. Since that time it has become one of the most critically admired and performed plays in the Western world, a high comedy whose principal theme, the passing of the old semifeudal order, is symbolized in the sale of the cherry orchard owned by Madame Ranevsky.The play also functions as a magnificent showcase for Chekhov's acute observations of his characters' foibles and for quizzical ruminations on the approaching dissolution of the world of the Russian aristocracy and life as it was lived on their great country estates. While the subject and the characters of the work are, in a sense, timeless, the dramatic technique of the play was a Chekhovian innovation. In this and other plays he developed the concept of "indirect action," in which the dramatic action takes place off stage and the significance of the play revolves around the reactions of the characters to those unseen events.Reprinted from a standard edition, this inexpensive well-made volume invites any lover of theater or great literature to enter the world of Madame Ranevsky, Anya, Gayef, Lopakhin, Firs, and the other memorable characters whose hopes, fears, loves, and general humanity are so brilliantly depicted in this landmark of world drama.