The Dogs of Bedlam Farm 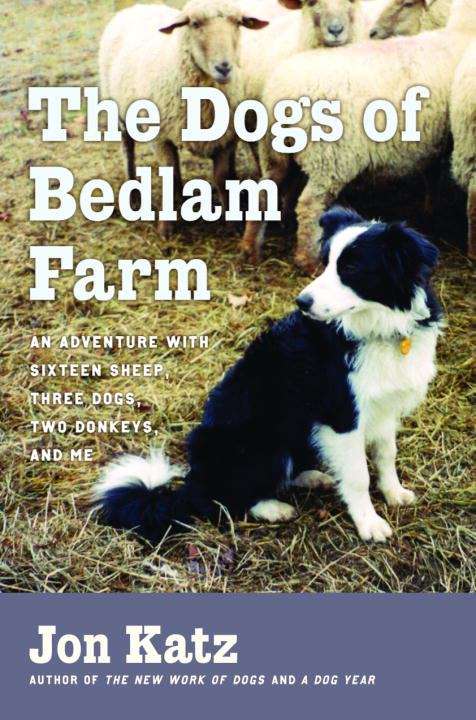 BONUS: This edition contains an excerpt from Jon Katz's Going Home."Dogs are blameless, devoid of calculation, neither blessed nor cursed with human motives. They can't really be held responsible for what they do. But we can." -from The Dogs of Bedlam Farm When Jon Katz adopted a border collie named Orson, his whole world changed. Gone were the two yellow Labs he wrote about in A Dog Year, as was the mountaintop cabin they loved. Katz moved into an old farmhouse on forty-two acres of pasture and woods with a menagerie: a ram named Nesbitt, fifteen ewes, a lonely donkey named Carol, a baby donkey named Fanny, and three border collies. Training Orson was a demanding project. But a perceptive dog trainer and friend told Katz: "If you want to have a better dog, you will just have to be a better goddamned human." It was a lesson Katz took to heart. He now sees his dogs as a reflection of his willingness to improve, as well as a critical reminder of his shortcomings. Katz shows us that dogs are often what we make them: They may have their own traits and personalities, but in the end, they are mirrors of our own lives-living, breathing testaments to our strengths and frustrations, our families and our pasts. The Dogs of Bedlam Farm recounts a harrowing winter Katz spent on a remote, windswept hillside in upstate New York with a few life-saving friends, ugly ghosts from the past, and more livestock than any novice should attempt to manage. Heartwarming, and full of drama, insight, and hard-won wisdom, it is the story of his several dogs forced Katz to confront his sense of humanity, and how he learned the places a dog could lead him and the ways a doge could change him.