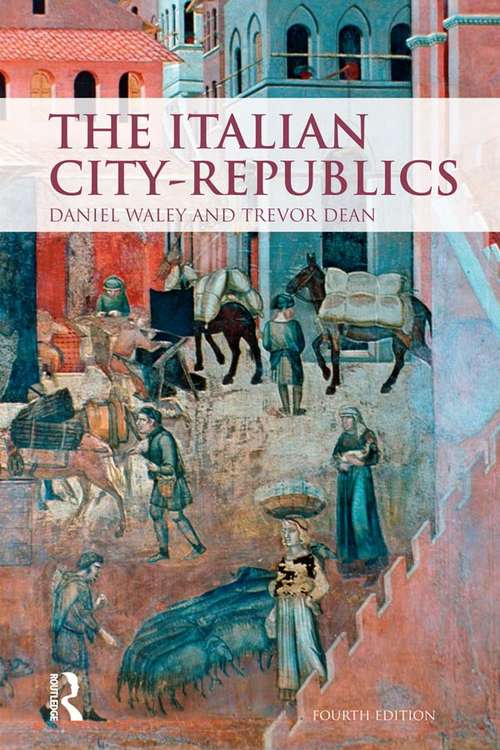 Daniel Waley and Trevor Dean illustrate how, from the eleventh century onwards, many dozens of Italian towns achieved independence as political entities, unhindered by any centralising power. Until the fourteenth century, when the regimes of individual ‘tyrants’ took over in most towns, these communes were the scene of a precocious, and very well-documented, experiment in republican self-government.

Focusing on the typical medium-sized towns rather than the better-known cities, the authors draw on a rich variety of contemporary material (both documentary and literary) to portray the world of the communes, illustrating the patriotism and public spirit as well as the equally characteristic factional strife which was to tear them apart. Discussion of the artistic and social lives of the inhabitants shows how these towns were the seed-bed of the cultural achievements of the early Renaissance.

In this fourth edition, Trevor Dean has expanded the book’s treatment of religion, women, housing, architecture and art, to take account of recent trends in the abundant historiography of these topics. A new selection of illuminating images has been included, and the bibliography brought up to date.

Both students and the general reader interested in Italian history, literature and art will find this accessible book a rewarding and fascinating read.