Love Between the Pages 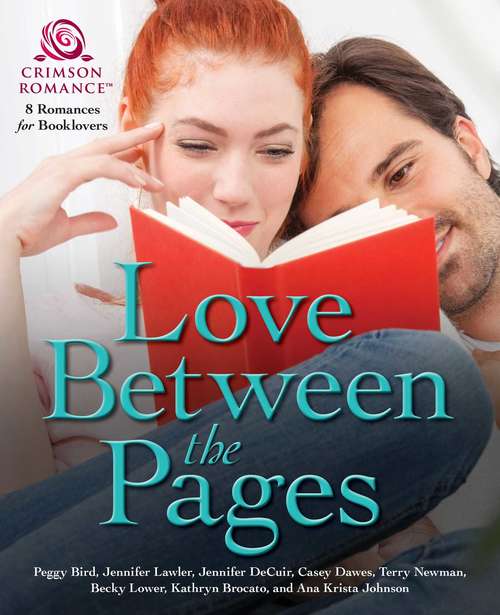 Is there anything sexier than a man who likes to read? Crawl between the pages with these literary hunks and live out your next fantasy chapter:The Professor's Secret: English professor Claudia Manchester secretly writes spicy romances under a pen name to keep her side job under wraps till she's secured tenure. But when she meets historical romance writer Bradley Davis while dressed as her sexier alter ego as at conference, can they build love on lies?Sadie's Story: When businessman Jordan Blaise walks into Sadie Rose Perkins's bookstore, she's hoping to sell a paperback or two, but she's ready for anything, including an adventure. Then he asks her to pose as his wife-to-be so that he can convince his dying mother that he'll have the happily ever after she has always wanted for him. Even Sadie isn't prepared for the adventure falling in love turns out to be.A Late-Blooming Rose: When bitter and downright beastly wheelchair-bound Eva Mitchum propositions handsome bookseller Beau Landry to stay with her as her new caregiver in exchange for a rare book collection, a surprising connection blossoms between the prickly pair. Eva must decide if she has the strength to move past her tragic circumstances and embrace a new life and new love.California Sunset: Annie Gerhard is struggling to keep her Silicon Valley techie job during a recession, while John Johnson is trying to make a go of his bookstore. Neither has time for romance, but fate is taking care of business by writing them a new story.Out of Character: As a writer, JJ Sprightly tries to create characters that jump off the page, but she never expects that one day her hero and heroine will literally pop out of the book and grab a seat on the couch. Seems they've made this fantastical journey to help her find the man of her dreams. But how can this be a happily ever after if JJ wants nothing to do with Kennedy King Cooper, the man her characters have chosen? Nothing's final until you reach The End.The Duplicitous Debutante: Writing the popular Harry Hawk dime novels as F.P. Elliott, Rosemary Fitzpatrick is too busy hiding her female identity from her new publisher, Henry Cooper. But Henry is neither the typical Boston Brahmin nor the typical publisher. When her deception begins to unravel at the Cotillion Ball, will Henry be able to forgive her, or has deceit cost her the man she loves?Georgie's Heart: Georgeanne Hartfield, author of the explosive, best-selling nonfiction book Faking It, wrote her book about faking sexual pleasure as a means of coming to terms with her own failed marriage. She never counted on meeting a man like Zane Bryant, who makes her feel like a woman for the first time in her life. But if Zane ever discovers she is the person behind the pen name Fritzi Field, how can he possibly believe that her response to him is the real thing?Jade's Treasure: Booked at a mountain resort under an alias, world-famous author Matthew Riley McLaughlin expects to be left alone to write. Until he meets the charming Jade Sawyer--surely, a bit of pleasure with his business is exactly what he needs. But this plot doesn't suit Jade's idea of a good story, especially when she learns their attraction was built on a lie. Matt knows he messed up--but can he create another ending to their story?Sensuality Level: Sensual