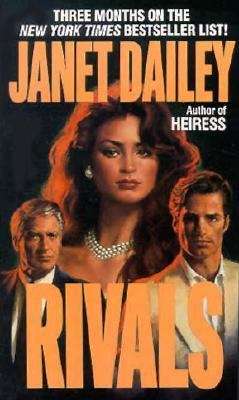 A successful advertising executive with impeccable family connections, Flame Bennett had attracted Malcolm Powell as a

powerful ally. As her mentor, he wanted to see her succeed.

As a man, he wanted more of Flame than she was willing to give

any man-until Chance Stuart walked into her life.

Rivals in love A brash and powerful real-estate mogul, Chance was a man for

whom no dream was too daring, no risk too dangerous. He

was determined to have Flame Bennett-at any cost. And his

determined that he would not.

But without their knowing it, the couples fate had already been sealed by the past. A century-old legacy of greed, adultery and

murder would entangle them. And a family feud over the rightful heir to a magnificent Oklahoma estate, Morgans Walk^ would explode, turning them into the bitterest of rivals.;, ,j