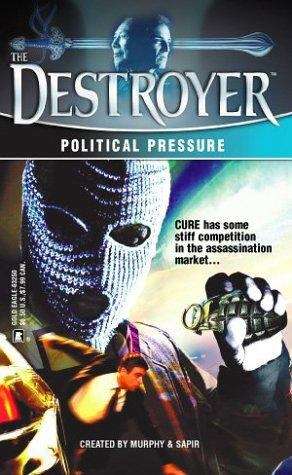 One by one, America's most corrupt public servants are dying violent deaths. Call it coincidence, call it a spontaneous clamor for a cleaner, brighter America, call it years of clever plotting by a brilliant mastermind, or simply call it just deserts. Suddenly there's a new flavor on the political menuï¿½a campaign so white, it's blinding the American public.

The juggernaut that is the Morals and Ethics Behavior Establishmentï¿½MAEBEï¿½is on a roll. Will its ultrasecret enforcement arm, the White Hand, kill enough scumbags to make their guy the wfie/toy of the Presidential race? MAEBE! Will Orville Flicker succeed in his murderous, manipulative campaign to win the Oval Office? MAEBE! Can Remo and Chiun stop the bad guys from getting whackedï¿½at least until CURE officially pays them to do it? MAEBE!