The things that are Caesar's 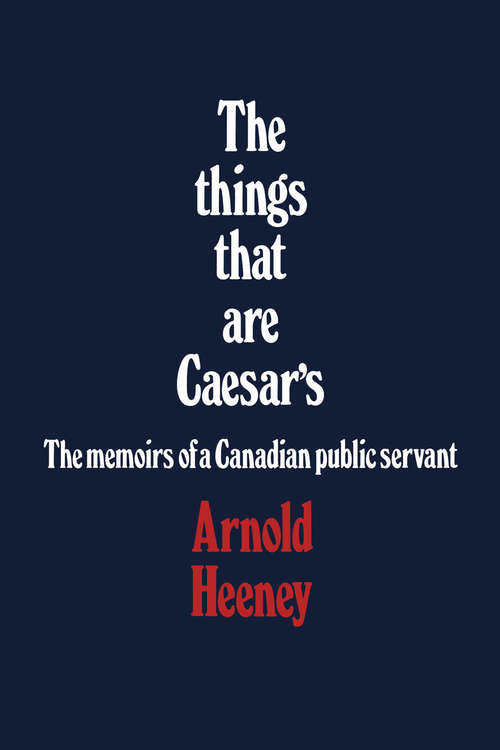 Arnold Heeney had a distinguished career in the service of the government of Canada – as secretary to the cabinet, undersecretary of state for external affairs, ambassador to the North Atlantic Council, twice ambassador to the United States (1953-7 and 1959-62), and co-chairman of the International Joint Commission.

His career in public administration began in 1938 when he left a growing law practice to become principal secretary to Prime Minister William Lyon Mackenzie King. Two years later he was appointed secretary to the cabinet, the first to hold this office, and for nine years, from 1940 to 1949, he kept the minutes and the secrets of the government of Canada.

His memoirs recall his years of service; they form a lucid, modest, illuminating, and entertaining account of value to historians, political scientists, and other citizens interested in the workings of government. The first former mandarin to write his memoirs. Arnold Heeney sheds light, from intimate vantage points, on policy processes over thirty years as well as on a large cast of characters, domestic and foreign.