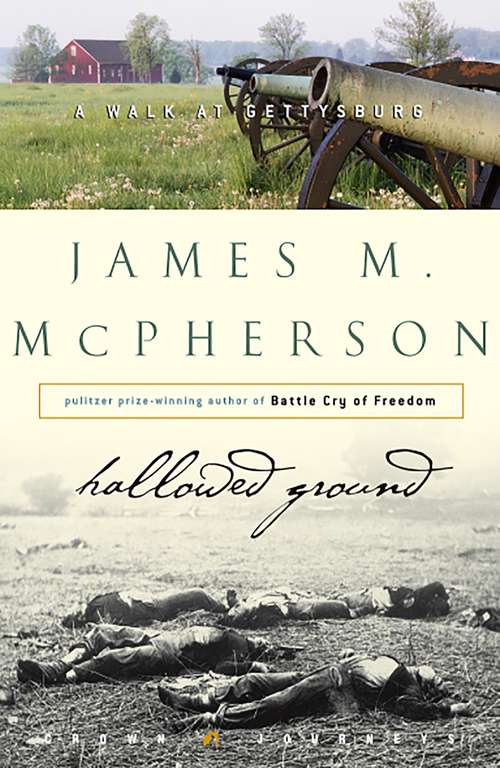 “[I]n a larger sense, we can not dedicate—we can not consecrate—we can not hallow—this ground. The brave men, living and dead, who struggled here, have consecrated it, far above our power to add or detract. ” —President Abraham Lincoln James M. McPherson, the Pulitzer Prize–winning author ofBattle Cry of Freedom, and arguably the finest Civil War historian in the world, walks us through the site of the bloodiest and perhaps most consequential battle ever fought by Americans. The events that occurred at Gettysburg are etched into our collective memory, as they served to change the course of the Civil War and with it the course of history. More than any other place in the United States, Gettysburg is indeed hallowed ground. It’s no surprise that it is one of the nation’s most visited sites (nearly two million annual visitors), attracting tourists, military buffs, and students of American history. McPherson, who has led countless tours of Gettysburg over the years, makes stops at Seminary Ridge, the Peach Orchard, Cemetery Hill, and Little Round Top, among other key locations. He reflects on the meaning of the battle, describes the events of those terrible three days in July 1863, and places the struggle in the greater context of American and world history. Along the way, he intersperses stories of his own encounters with the place over several decades, as well as debunking several popular myths about the battle itself. What brought those 165,000 soldiers—75,000 Confederate, 90,000 Union—to Gettysburg? Why did they lock themselves in such a death grip across these once bucolic fields until 11,000 of them were killed or mortally wounded, another 29,000 were wounded and survived, and about 10,000 were “missing”—mostly captured? What was accomplished by all of this carnage? Join James M. McPherson on a walk across this hallowed ground as he be encompasses the depth of meaning and historical impact of a place that helped define the nation’s character. From the Hardcover edition.