A Country of Old Men 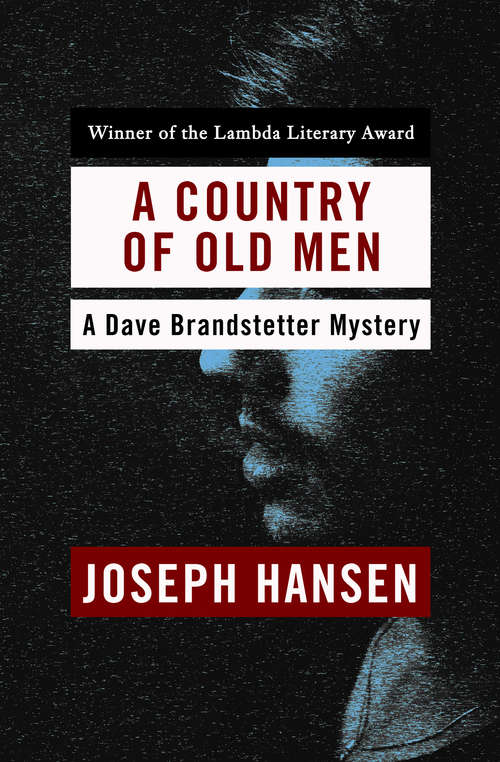 For the sake of a frightened child, Dave Brandstetter takes on his very last case

In his decades as an insurance investigator, Dave Brandstetter has never shied away from violence, and he's had more than his share of close calls. Time is catching up with him, his body is slowing down, and his wit is not as sharp as it used to be. But he will forgo retirement once more for the sake of a puzzle no detective could resist. Walking on the beach, a friend finds a bedraggled child who claims he has witnessed a murder. The victim is a drug-addicted pop star, and the obvious suspect is the dead man's ex-girlfriend--a junkie whom the child saw standing over the body, gun in hand. In the final installment of Joseph Hansen's groundbreaking series, Dave looks for justice once more, hoping that he will also find a lasting measure of peace.

A Country of Old Men is book twelve in the Dave Brandstetter Mystery series, which also includes Troublemaker and The Man Everybody Was Afraid Of.