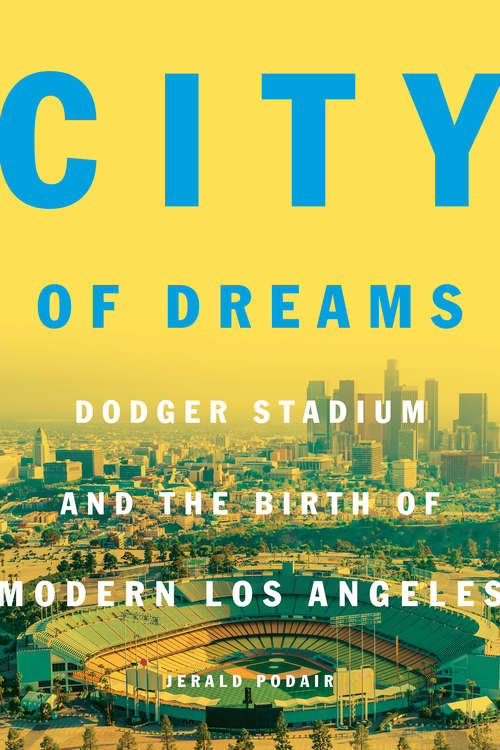 On the sixtieth anniversary of the Dodgers' move to Los Angeles, the full story of the controversial building of Dodger Stadium and how it helped transform the city.When Walter O'Malley moved his Brooklyn Dodgers to Los Angeles in 1957 with plans to construct a new ballpark next to downtown, he ignited a bitter argument over the future of a rapidly changing city. For the first time, City of Dreams tells the full story of the controversial building of Dodger Stadium—and how it helped create modern Los Angeles by transforming its downtown into a vibrant cultural and entertainment center.In a vivid narrative, Jerald Podair tells how Los Angeles was convulsed between 1957 and 1962 over whether, where, and how to build Dodger Stadium. Competing civic visions clashed. Would Los Angeles be a decentralized, low-tax city of neighborhoods, as demanded by middle-class whites on its peripheries? Or would the baseball park be the first contribution to a revitalized downtown that would brand Los Angeles as a national and global city, as advocated by leaders in business, media, and entertainment?O'Malley's vision triumphed when he opened his privately constructed stadium on April 10, 1962—and over the past half century it has contributed substantially to the city's civic and financial well-being. But in order to build the stadium, O'Malley negotiated with the city to acquire publicly owned land (from which the city had uprooted a Mexican American community), raising sharply contested questions about the relationship between private profit and "public purpose." Indeed, the battle over Dodger Stadium crystallized issues with profound implications for all American cities, and for arguments over the meaning of equality itself.Filled with colorful stories, City of Dreams will fascinate anyone who is interested in the history of the Dodgers, baseball, Los Angeles, and the modern American city.