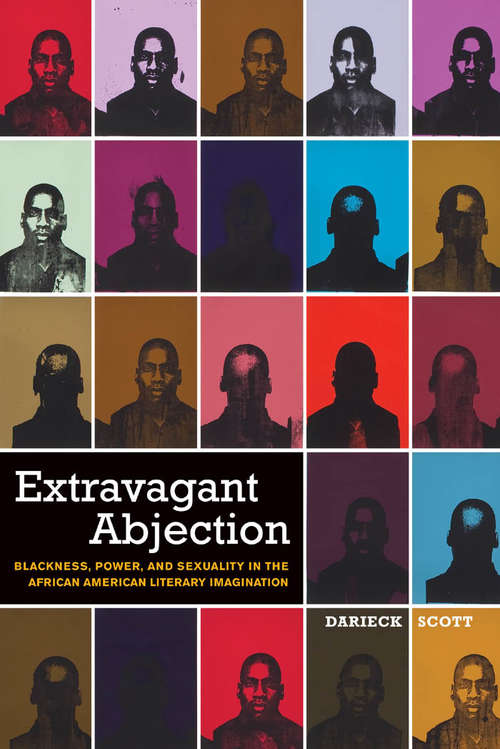 Challenging the conception of empowerment associated with the Black Power Movement and its political and intellectual legacies in the present, Darieck Scott contends that power can be found not only in martial resistance, but, surprisingly, where the black body has been inflicted with harm or humiliation.Theorizing the relation between blackness and abjection by foregrounding often neglected depictions of the sexual exploitation and humiliation of men in works by James Weldon Johnson, Toni Morrison, Amiri Baraka, and Samuel R. Delany, Extravagant Abjection asks: If we're racialized through domination and abjection, what is the political, personal, and psychological potential in racialization-through-abjection? Using the figure of male rape as a lens through which to examine this question, Scott argues that blackness in relation to abjection endows its inheritors with a form of counter-intuitive power--indeed, what can be thought of as a revised notion of black power. This power is found at the point at which ego, identity, body, race, and nation seem to reveal themselves as utterly penetrated and compromised, without defensible boundary. Yet in Extravagant Abjection, "power" assumes an unexpected and paradoxical form.In arguing that blackness endows its inheritors with a surprising form of counter-intuitive power--as a resource for the political present--found at the very point of violation, Extravagant Abjection enriches our understanding of the construction of black male identity.