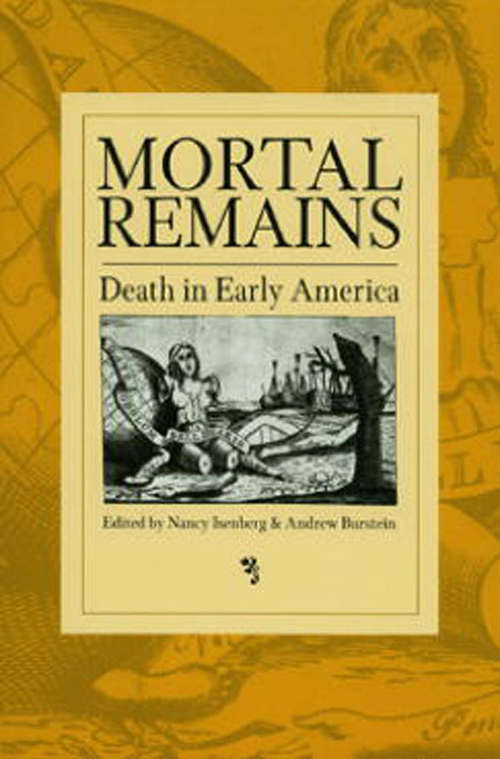 Mortal Remains introduces new methods of analyzing death and its crucial meanings over a 240-year period, from 1620 to 1860, untangling its influence on other forms of cultural expression, from religion and politics to race relations and the nature of war. In this volume historians and literary scholars join forces to explore how, in a medically primitive and politically evolving environment, mortality became an issue that was inseparable from national self-definition.Attempting to make sense of their suffering and loss while imagining a future of cultural permanence and spiritual value, early Americans crafted metaphors of death in particular ways that have shaped the national mythology. As the authors show, the American fascination with murder, dismembered bodies, and scenes of death, the allure of angel sightings, the rural cemetery movement, and the enshrinement of George Washington as a saintly father, constituted a distinct sensibility. Moreover, by exploring the idea of the vanishing Indian and the brutality of slavery, the authors demonstrate how a culture of violence and death had an early effect on the American collective consciousness.Mortal Remains draws on a range of primary sources--from personal diaries and public addresses, satire and accounts of sensational crime--and makes a needed contribution to neglected aspects of cultural history. It illustrates the profound ways in which experiences with death and the imagery associated with it became enmeshed in American society, politics, and culture.