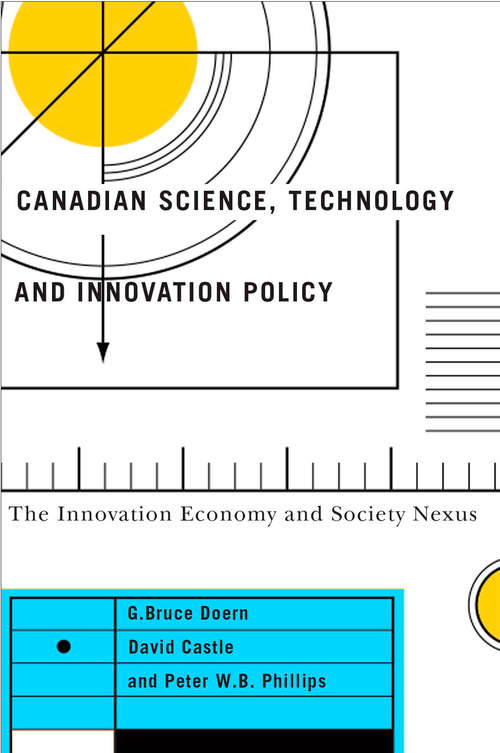 Canadian Science, Technology, and Innovation Policy presents new critical analysis about related developments in the field such as significantly changed concepts of peer review, merit review, the emergence of big data in the digital age, and the rise of an economy and society dominated by the internet and information.

The authors scrutinize the different ways in which federal and provincial policies have impacted both levels of government, including how such policies impact on Canada's natural resources. They also study key government departments and agencies involved with science, technology, and innovation to show how these organizations function increasingly in networks and partnerships, as Canada seeks to keep up and lead in a highly competitive global system. The book also looks at numerous realms of technology across Canada in universities, business, and government and various efforts to analyze biotechnology, genomics, and the Internet, as well as earlier technologies such as nuclear reactors, and satellite technology. The authors assess whether a science-and-technology-centred innovation economy and society has been established in Canada - one that achieves a balance between commercial and social objectives, including the delivery of public goods and supporting values related to redistribution, fairness, and community and citizen empowerment. .

Probing the nature of science advice across prime ministerial eras, including recent concerns over the Harper government's claimed muzzling of scientists in an age of attack politics, Canadian Science, Technology, and Innovation Policy provides essential information for academics and practitioners in business and government in this crucial and complex field.