A Practice of Anthropology 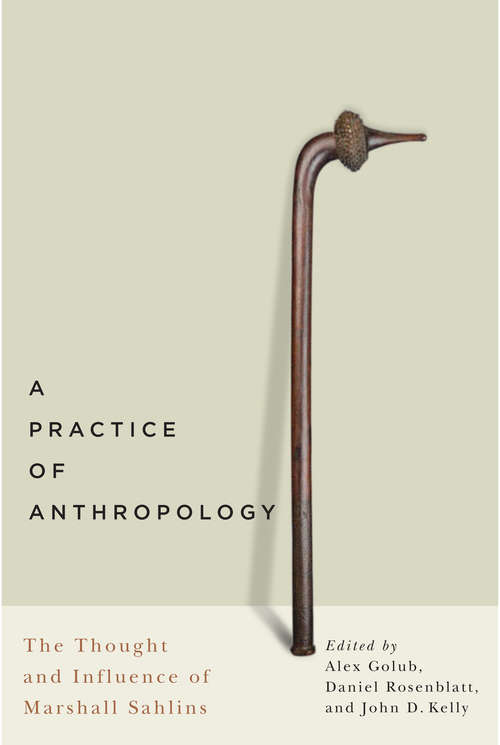 Marshall Sahlins (b. 1930) is an American anthropologist who played a major role in the development of anthropological theory in the second half of the twentieth century. Over a sixty-year career, he and his colleagues synthesized trends in evolutionary, Marxist, and ecological anthropology, moving them into mainstream thought. Sahlins is considered a critic of reductive theories of human nature, an exponent of culture as a key concept in anthropology, and a politically engaged intellectual opposed to militarism and imperialism.

This collection brings together some of the world's most distinguished anthropologists to explore and advance Sahlins's legacy. All of the essays are based on original research, most dealing with cultural change - a major theme of Sahlins's research, especially in the contexts of Fijian and Hawaiian societies. Like Sahlins's practice of anthropology, these essays display a rigorous, humanistic study of cultural forms, refusing to accept comfort over accuracy, not shirking from the moral implications of their analyses. Contributors include the late Greg Dening, one of the most eminent historians of the Pacific, Martha Kaplan, Patrick Kirch, Webb Keane, Jonathan Friedman, and Joel Robbins, with a preface by the late Claude Levi-Strauss.

A unique volume that will complement the many books and articles by Sahlins himself, A Practice of Anthropology is an exciting new addition to the history of anthropological study.