Guess Who's Coming to Dinner Now? 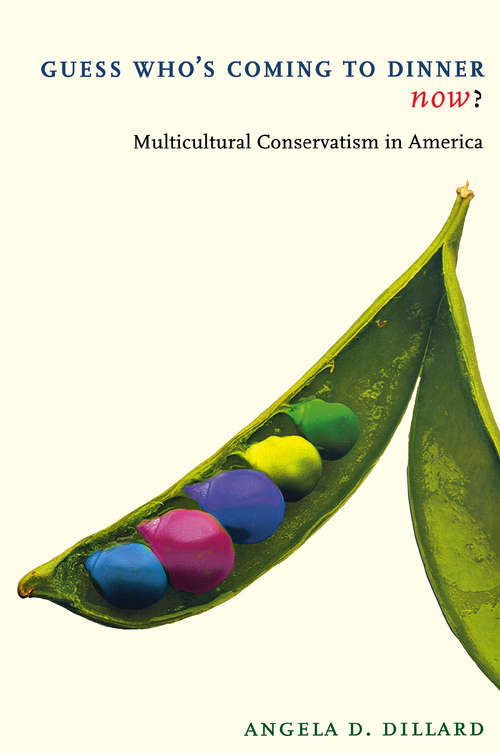 In Guess Who's Coming to Dinner Now? Angela Dillard offers the first comparative analysis of a conservatism which today cuts across the boundaries of race, ethnicity, gender, and sexuality. To be an African-American and a conservative, or a Latino who is also a conservative and a homosexual, is to occupy an awkward and contested political position. Dillard explores the philosophies, politics, and motivation of minority conservatives such as Ward Connerly, Glenn Loury, Linda Chavez, Clarence Thomas, and Bruce Bawer, as well as their tepid reception by both the Left and Right. Welcomed cautiously by the conservative movement, they have also frequently been excoriated by those African Americans, Latinos, women, and homosexuals who view their conservatism as betrayal. Dillard's comprehensive study, among the first to take the history and political implications of multicultural conservatism seriously, is a vital source for understanding contemporary American conservatism in all its forms.